Jackie Chan returns to Hollywood with “The Foreigner”, making a breakthrough in action movie with Pierce Brosnan

Starring Jackie Chan, Pierce Brosnan, Liu Tao, and Katie Leung, The Foreigner is set to open in Malaysia on 28th September. Today a set of posters for the international market is unveiled. The Foreigner is Jackie Chan’s first movie made in Hollywood after he received the honorary Oscar in 2016. Together with the renowned director Martin Campbell and the former James Bond actor Pierce Brosnan, the trio guarantee the audiences a thrilling blockbuster.

The difference can be easily detected in the story: in The Foreigner, Jackie Chan plays Quan, a restaurant owner in the London China Town. His daughter (Katie Leung) is killed in a terrorist attack, and as the authorities have failed to deliver justice, he gets so heartbroken and angry that he turns down Lam’s offer (Liu Tao) and decides to take revenge on the terrorist organisation on his own. At that moment, Liam Hennessy (Pierce Brosnan), a crucial figure, appears and discloses a complex conspiracy behind the incident…

Kungfu, comedy and humble characters have always been the key elements in the Jackie Chan movies, and it’s a combination favoured by the audiences. However, Jackie Chan is never content with the glory and achievements he has made and always tries to bring the reviewers brand new experiences. As a result, Jackie Chan has done something completely different in The Foreigner. In comparison with the previous Jackie Chan movies, sadness is embedded in the story as well as the characters, and the atmosphere in the movie feels heavy. Nevertheless, Jackie Chan’s signature action choreography and his heroic image are clearly seen in the spectacular action scenes in the film. As the producer says, ‘There is an absolutely different Jackie Chan in The Foreigner, but at the same time, it’s a brand new action movie filled with Jackie Chan’s soul.’ 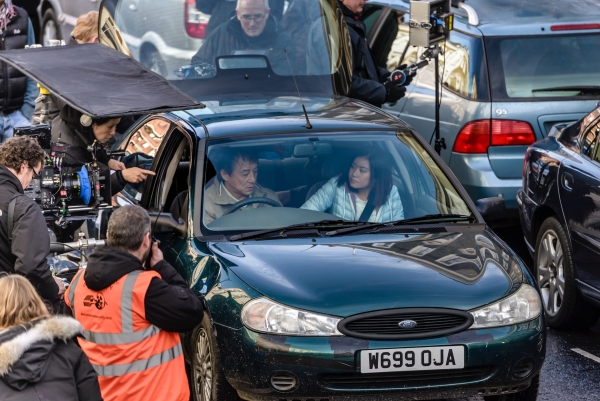 Jackie Chan made his name in Hollywood with his daring stunts, and has become the most influential Chinese actor in the world. Since his first move to Hollywood, he has made so many critically acclaimed blockbusters, including Rush Hour series, Shanghai Noon series and The Karate Kid, and become a superstar that the Chinese feel so proud of. One can say that by showing his unique style and hard work, Jackie Chan has raised the image of the Chinese or even the Asian to a new height. Last year, Jackie Chan was awarded an honorary Oscar for his achievement in cinema. Jackie Chan is the first Chinese and the fourth Asian filmmaker, who received such honour; only Japanese director Kurosawa Akira, Indian director Satyajit Ray and Japanese animation master Miyazaki Hayao were awarded the prize before him.

In recent years, due to the rapid development in the Chinese film industry and the growing demand of Chinese movies, Jackie Chan has spent more time working in China, making a contribution to the rise of Chinese cinema. After having received the honorary Oscar, Jackie Chan returns to Hollywood, and that signifies a profound decision – Jackie Chan has re-launched his career in Hollywood with a brand new image. He is not satisfied with the honorary Oscar since for Jackie Chan, it’s just a beginning of something new! 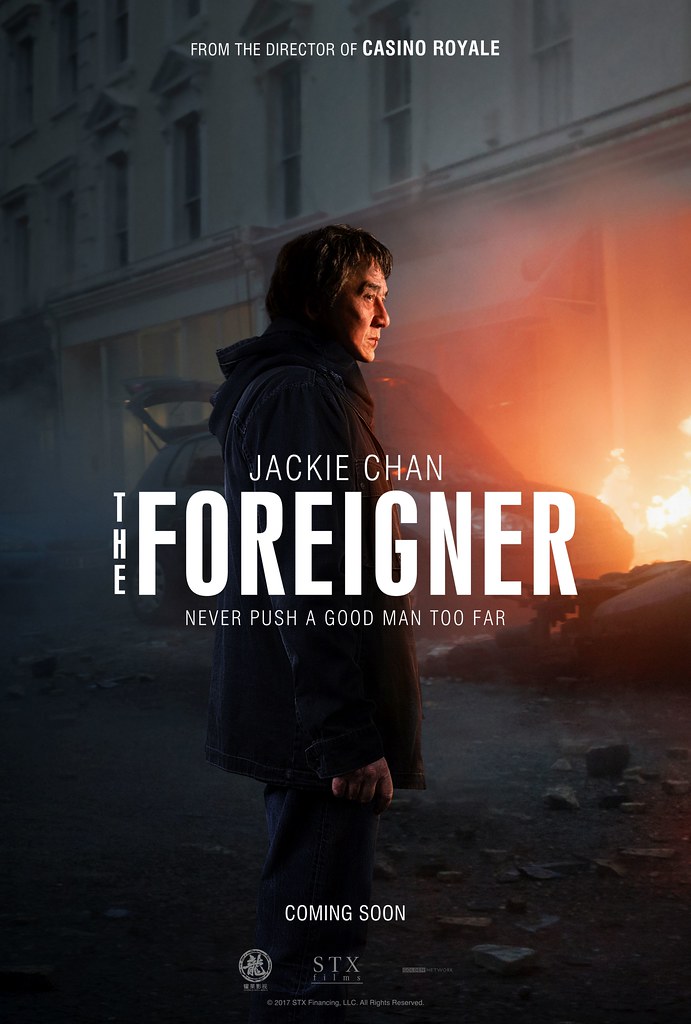 Jackie Chan makes another breakthrough with all-star cast and crew

Jackie Chan had put in so much effort to assemble a great cast and crew for The Foreigner. First of all, he chose Pierce Brosnan as his rival in the movie. For the movie fans around the world, Pierce Brosnan is undoubtedly a household name. Although he was not the first James Bond, he is the most good-looking and best- known 007. For most of Chinese moviegoers, their understanding of James Bond indeed started with Pierce Brosnan. The showdown between Jackie Chan and Piece Brosnan can be seen as the duel between the agents of the East and the West. As for the choice of director, the collaboration between Jackie Chan and Martin Campbell means Chinese kungfu is regarded as an equal to Hollywood action movies. Martin Campbell may sound a bit unfamiliar to the audiences, but his hard-core fans are bound to get very excited. Martin Campbell is the director, who successfully rescued the 007 franchise by directing Golden Eye (1995) and Casino Royale (2006). His The Mask of Zorro (1998) and The Legend of Zorro (2005) re-defined the image of the classic lone hero Zorro. Martin Campbell’s collaboration with Jackie Chan on The Foreigner proves to be a breakthrough in his career as he has created another lone hero with Pierce Bronson. The golden trio has made The Foreigner one of the most talked-about movies in the 2017. 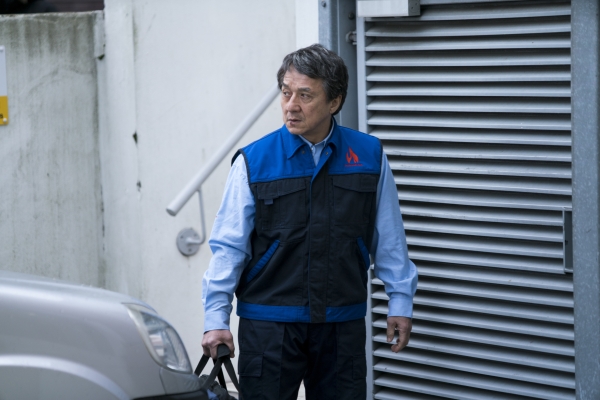 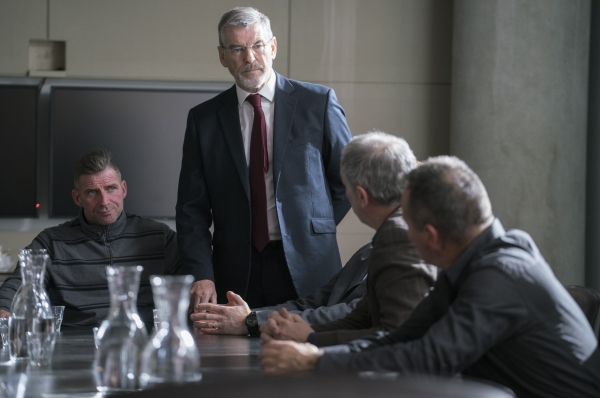