Ben 10 may be the number one hero for boys in Asia Pacific, but his adventurous cousin Gwen Tennyson is set to take the spotlight in November as Cartoon Network celebrates girl power! Gwen power on the leading kids’ cable channel in Asia Pacific is stronger than ever with a special TV marathon, a fabulous website and an exciting contest to discover a new generation of real-life girl heroes! 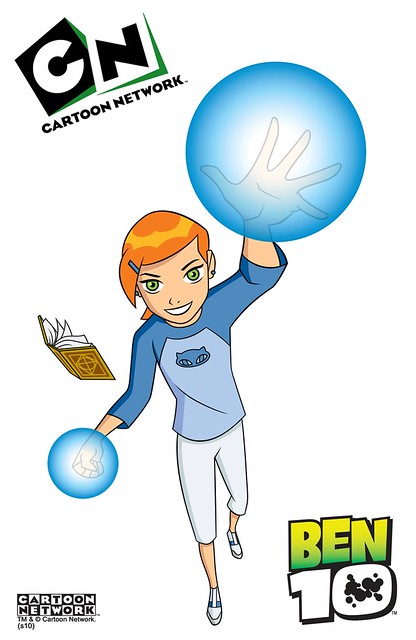 From November 1-28, 2010, the “Is there a Gwen in You?” contest will search for Malaysian girls who embody the best characteristics of Gwen Tennyson. In this pan-regional search across Southeast Asia, Cartoon Network will select one amazing Malaysian girl aged 5-12 years, and who embraces all the characteristics of Gwen, to be the special ambassador to help empower other girls to have greater self esteem, confidence and a healthy, active lifestyle.

The final winner, which will be judged by a panel of Cartoon Network experts, will receive awesome prizes including Gwen apparel and accessories, a Nintendo DS Lite, new games and the ultimate Gwen experience: an action-packed photo-shoot in Gwen gear! The winner will be called on to join with other winners from the region to represent Gwen, and empower all Malaysian girls to be dynamic, active and outgoing!

To get official girl power lessons from the super girl herself, Cartoon Network is rolling out a special Gwen’s 10 marathon – a collection of Gwen’s best episodes from the Ben 10 series – on 5 November, Friday at 9 AM. Gwen shows off her best girl power moments as she works side by side with her cousin Ben, uses her spells in battles against evil sorcerers, uncovers alien conspiracies and saves the world! A hero in her own right, Gwen brings just as much action to the table with her intelligence, gymnastics and martial arts skills. Catch the modern super-girl in action in 10 exciting episodes of Ben 10 and see what happens when Gwen tries her hand in doing a bit of alien-morphing with the Omnitrix!

More fun is in store for Gwen’s fans with the launch of the girl hero’s very own website via www.Gwen10.com. Kids can get to know Gwen like never before with interesting features, behind the scenes sneak peeks and videos posted on the site. Fans can also experience the best online girl fun with a variety of online games – try out different outfits with Gwen Dress Up, go sporty and shoot some baskets with Heroine Hoops, or zap aliens with Spore Attack and Battle Ready. Girls can also get some bonding time with fellow femmes at the website’s message board.

So – Go Hero, Go Girl and Go Gwen – only on Cartoon Network!

About Gwen Tennyson
Gwen Tennyson, from Cartoon Network’s international hit series Ben 10, is Ben Tennyson’s confident and intelligent 10-year old cousin who seems completely at ease battling aliens and saving the earth by casting spells. Strong and level-headed, Gwen always thinks and plans ahead before she leaps into battles, often researching on her laptop. Her skills as a gymnast and her martial arts training also ensure that she is more than just a match in a fight! Gwen’s ultimate gift is her mystical aura and her ability to use spells to give her superhuman abilities. An independent hero in her own right, Gwen is the voice of reason and will not fade quietly into the background.

About Cartoon Network
Launched in the Asia Pacific in 1994, Turner Broadcasting System, Inc.’s (TBS) Cartoon Network offers the best in animated entertainment. Drawing from the world’s largest cartoon library of Warner Bros., MGM and Hanna-Barbera titles, the Network also showcases original series including Ben 10, Ben 10 Alien Force, Chowder, The Grim Adventures of Billy & Mandy, The Powerpuff Girls and The Marvelous Misadventures of Flapjack. Cartoon Network is the number one channel for kids in Asia Pacific and is currently seen in nearly 63 million cable homes in the region. Online, Cartoon Network reaches 3.8 million unique visitors a month in Asia Pacific.
TBS Inc., a Time Warner company, is a major producer of news and entertainment product around the world and the leading provider of programming for the basic cable industry.