For the very first time in HISTORY™, the Ice Road Truckers will be leaving the comforts of Alaska’s slippery ice roads to take on the perilous ancient highways of the Himalayas. Premiering in Asia on Thursday, 28 July 2011, 10pm, Ice Road Truckers: Deadliest Roads (IRT: Deadliest Roads) promises to be the game-changer in the IRT series as the truckers find themselves in unfamiliar territory. 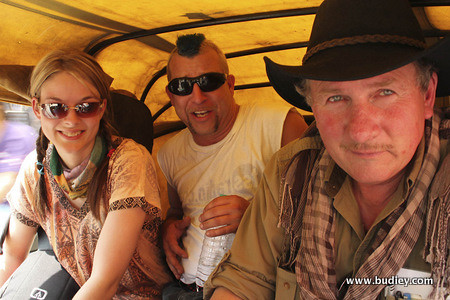 In IRT: Deadliest Roads, four of North America’s best truckers will have to navigate their way through the Himalayan Mountains to ensure that their truckloads reach their respective destinations safely. With their years of trucking experience counting for little in the alien surroundings, the truckers will be at the mercy of their local spotters and their trucks. The four truckers are Rick Yemm, age 36, who has a blue mohawk and a penchant for swearing; Dave Redmon, 45, the Alabama native with a no-nonsense approach; Alex Debogorski, who at 57, is the level-headed elder statesman; and Lisa Kelly, 30, the only female and dark horse of the group.

With a casualty every four-and-a-half minutes, the narrow freeways of India will provide the scenic backdrop for an exhilarating, terrifying and ultimately exhausting adventure. Whether it is driving along overcrowded streets, heart-stopping 1,000 feet high cliffs, sudden landslides, unstable bridges, or the 45 degrees Celsius heat, nerves will be tested and lives will be put on the line. By the end of the season, not all four truckers will remain.

Starting out in Shimla, NH22 heads northeast through the town of Rampur, onto the villages of Tapri, Karcham, Kuppa, and Kalpa. Cut haphazardly out of mountain cliff-sides, parts of NH22 have earned fear-inducing nicknames like “Freefall Freeway,” “The Cutouts,” “Breakaway Bend,” and “The Ledge”.

In many places along “The Cutouts,” only enough rock has been blasted out of the mountains to allow one vehicle to pass at a time. In addition to oncoming vehicles, the truckers have to be aware of the 1,000-foot cliff they are driving along and the low rock ceiling which threatens to scrape the top of their trucks.

On NH21, things only get worse. From Shimla, the truckers head north, straight into the heart of the Himalayas, toward Manali and onto Keylong. The real trouble is not in the towns though; it is between them, as truckers are forced to cross the Rohtang Pass which is notorious for its unpredictable snowstorms and avalanches.

When the series was launched in 2007, Ice Road Truckers became an instant hit amongst viewers and critics. The series’ premiere was seen by 3.4 million viewers in the United States of America, the most-watched original telecast in the channel’s history at that time. Among critics, The New York Post said, “Everything about ‘Ice Road Truckers’ is astonishing”.

About HISTORY™
HISTORY™ is the leading destination for revealing, award-winning original non-fiction series and event-driven specials that connect history with viewers in an informative, immersive and entertaining manner across multiple platforms. Programming covers a diverse variety of historical genres ranging from military history to contemporary history, technology to natural history, as well as science, archaeology and pop culture. Among the network’s program offerings are hit series such as Dogfights, Battle 360, The Universe, Cities of The Underworld and Monster Quest, as well as acclaimed specials including Life After People, China’s First Emperor, Einstein and Lost Book of Nostradamus. For more information, please visit http://www.historyasia.com. 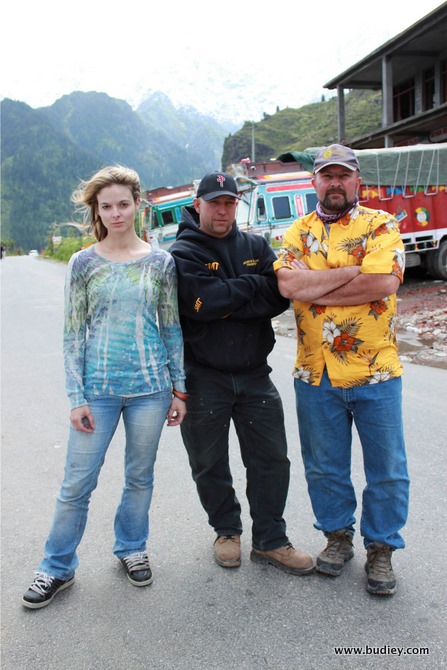