‘I Miss You’ not only sees Clean Bandit return with a sentimental, tear-jerking smash and one of the band’s most inspired songs to date, but sonically, the band take it back a notch whilst retaining their matchless, experimental sound – something for which has seen the trio become one of the most successful and biggest-selling singles acts of the century. 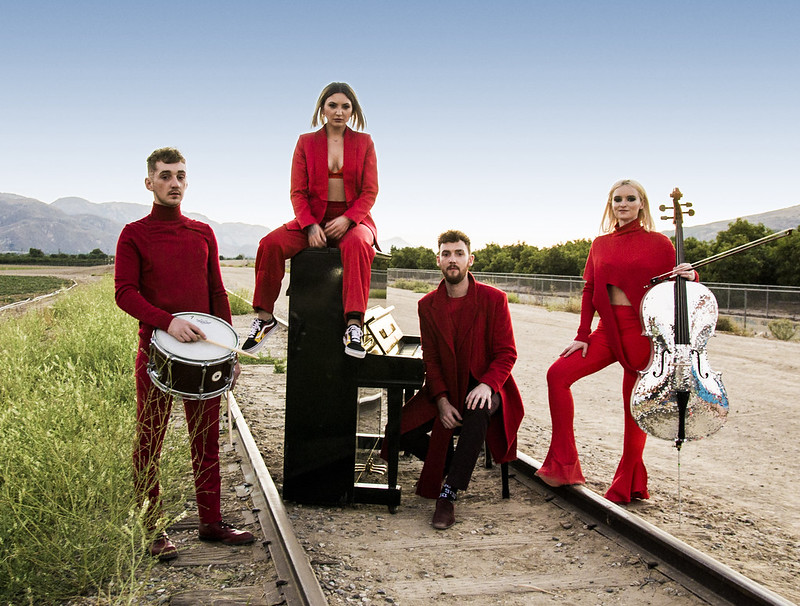 Produced by Jack Patterson and Grace Chatto alongside the band’s resident producer, Mark Ralph, vocal duties stem from the inimitable talent that is Julia Michaels. Over the past few years, Michaels has made a name for herself as one of the most in-demand songwriters, penning massive hits like Justin Bieber’s ‘Sorry’ alongside her debut track ‘Issues’ this year, which has reached multi-platinum status across the globe. Meeting in LA this summer, the two parties joined forces for a writing session shortly after, leading to the birth of ‘I Miss You’. Inspired from Julia’s personal heartbreak, the new track is certain to resonate with fans across the globe for months to come.

Clean Bandit’s new single follows an undeniable year for the UK collective. The trio, who have consistently pushed the boundaries of modern pop with their diverse blend of electronic, dancehall, classical, R&B and pop, released their 10 million-selling single ‘Rockabye’ last year. Shooting to #1in over 40 countries and having spent nine weeks at the top of the charts in the UK, the track became the longest-running UK #1 in 22 years surpassing Wet Wet Wet’s ‘Love Is All Around’. The single followed their previous hits: the six million-selling ‘Symphony’ feat. Zara Larsson, which shot to #1 in 20 countries including the UK, and ‘Tears’ feat. Louisa Johnson. Moreover, the band’s 2014 breakthrough single ‘Rather Be’ feat. Jess Glynne, spawned from their debut album New Eyes, has now surpassed 10 million global sales.

This weekend, Clean Bandit will embark on their UK headline tour which will include a sold out show at London’s Hammersmith Apollo on Thurs 2nd November.