Back by popular demand, this year’s Toon Creator Awards will kick off on July 12, and invite kids aged 6-14 from Australia, India, Taiwan, Thailand, Malaysia, Philippines and Pakistan to showcase their creativity through cutting-edge technology. 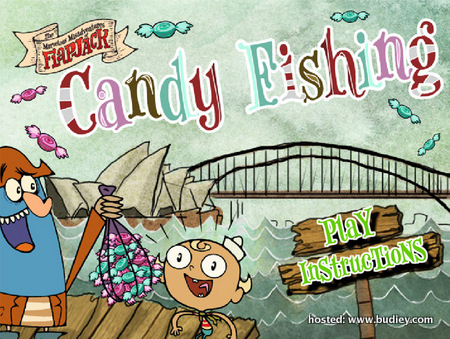 “We are delighted to offer children in Asia a new and improved Toon Creator Awards for 2010 in collaboration with Cartoon Network,” said Dennis Mark, Vice President and General Manager – Marketing, Personal Systems Group for HP Asia Pacific and Japan. “This competition is close to our hearts as it encourages and inspires creativity and innovation at a young age. We are looking forward to judging the entries and seeing children across the region reap the benefits.”

Benjamin Grubbs, Regional Director of Turner Entertainment Interactive Media said, “The response to our inaugural Toon Creator Awards in 2009 was phenomenal as nearly 178,000 kids across the region embraced the opportunity to step into the shoes of a Cartoon Network animator and submit over 365,000 animation entries – and with nearly 5 million animation views. This year we have worked closely with HP to develop a completely fresh and innovative Toon Creator experience, which is sure to spark even more creativity amongst kids.”

New features added to the Toon Creator Awards this year include a character creator function that allows players to build personalized avatars to participate in exciting adventures and even have a leading role in their own animations. Kids can travel to Australia and help Flapjack clean up the Great Barrier Reef or visit Taiwan to assist the Ben 10 Alien Force gang win the Dragon Boat races. Players will be able to journey online to various locations in Asia Pacific to participate in different tasks, unlocking assorted items to enhance their final animations.

Kids can also flex their creative muscle by designing their very own endings to cliff-hanger clips starring a variety of Cartoon Network’s favourite characters such as Ben Tennyson, Chowder and The Powerpuff Girls. Once completed, animations can be posted onto the Cartoon Network website for everyone to see.

The Toon Creator Awards are available in two categories, schools and individual entries. Amazing prizes are up for grabs and winners from each category will be determined by a combination of online votes and a professional judging panel from HP and Cartoon Network.
Individual country winners will each receive:

– An HP TouchSmart PC;
– A fantastic Cartoon Network prize pack; and
– The chance to win an HP digital home makeover by qualifying for the regional competition.

– An HP digital home makeover;
– A Ben 10 Quad Bike; and
– The unique opportunity to see their winning entry broadcast to thousands of people on Cartoon Network.

The school with the most registered entries will win:

For more information and complete contest details on Toon Creator Awards, please log on to www.ToonCreatorAwards.com.

Cartoon Network will also be developing four exclusive “apps” for the HP TouchSmart series of PCs that will be available beginning in July. The first will be designed to support swipe, tap and multi-touch gestures and the second will be a playful RSS reader which encourages exploring and reading the news in a fun and innovative fashion. Two additional “apps” will be released later in the year. 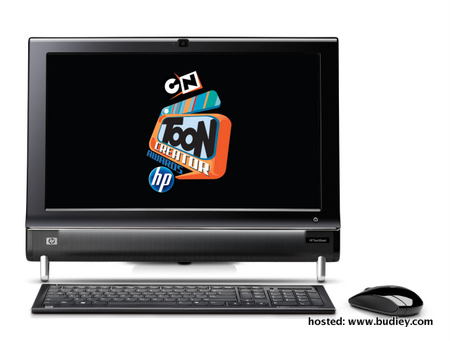 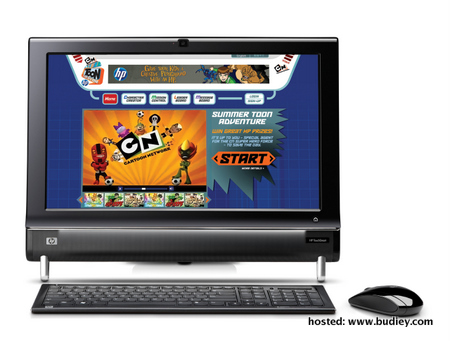