[pullquote align=”right”]Though THE NEXT was mainly experimental, the emphasis was still on the percussion. HANDS explored and incorporated different elements of our traditional artforms as well as those found in Southeast Asia, and created a whole new movement and artform which they can proudly call their own.[/pullquote]

HANDS’ Artistic Director Bernard Goh says: Even though traditional musical instruments are being used, the music is unique and modern. This is actually a great advantage and feature of Malaysia’s traditional music and performing arts, we embrace the essence of our traditions, and at the same time, we also discover so many exciting possibilities arising from these traditions.

Sangpuy will perform in the first half of the concert. In November 2012, he released a self-titled debut which won him the Golden Melody Award for Best Aboriginal Artist, 2013. In it are a collection of 14 works, half of which are ancient tunes and half that are new compositions, to reflect on life, earth and the relationship with ancient spirits and human beings. Taipei Times has this to say: …his forceful, penetrating voice has the ability to teleport audiences from urban settings to a place where the Indigenous peoples of Taiwan believe the wind is their friend, and can be summoned by whistling. When the musician talks, he frequently uses natural metaphors like insects, rivers and trees to get his point across.

Bernard adds: Taiwan’s aborigines’ music elements are similar to ours, so it will be so meaningful to perform together on stage.

In the futuristic tinged second half, HANDS continues to push compositional and visual boundaries, giving the audience a turnaround in theatrical experience. Traditional musical instruments like gamelan gongs are played unconventionally; various drums are set-up in challenging positions, and played to exciting music. In other words, HANDS challenges their own creative genius by riding towards the future with their solid fundamentals in traditional music behind them. Man Kidal joins them in this half – the combination of his rock music with HANDS percussive music would simply be mind-blowing! 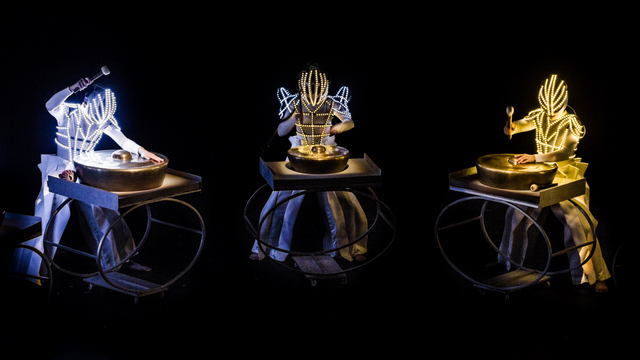 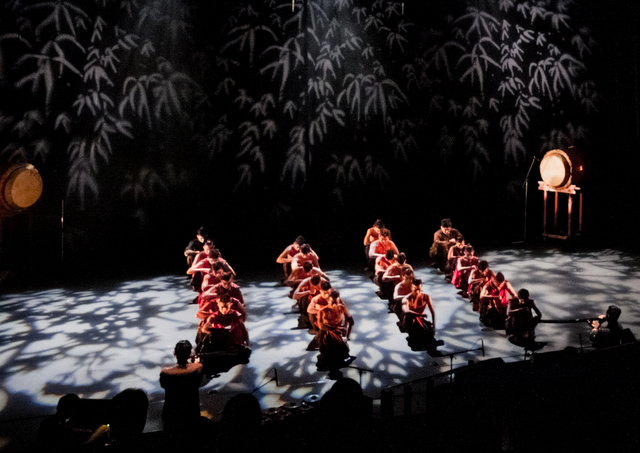 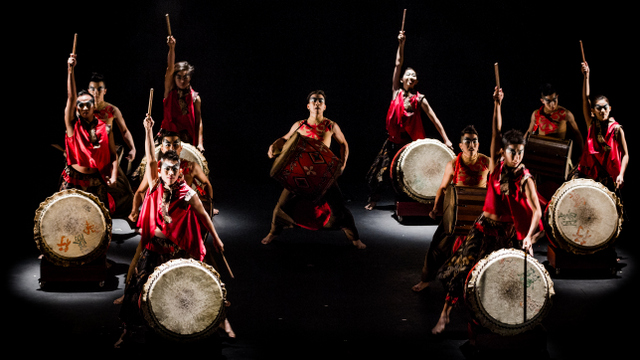 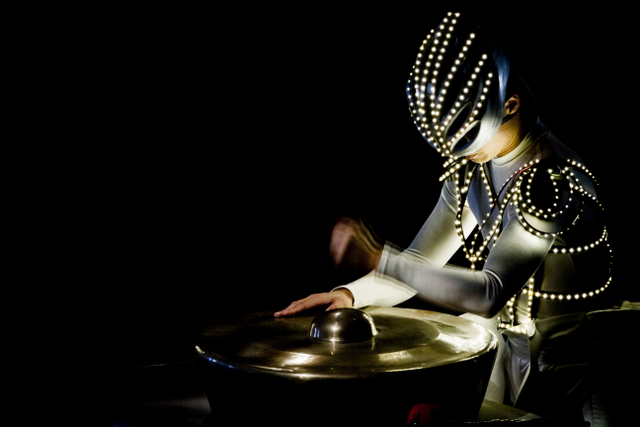 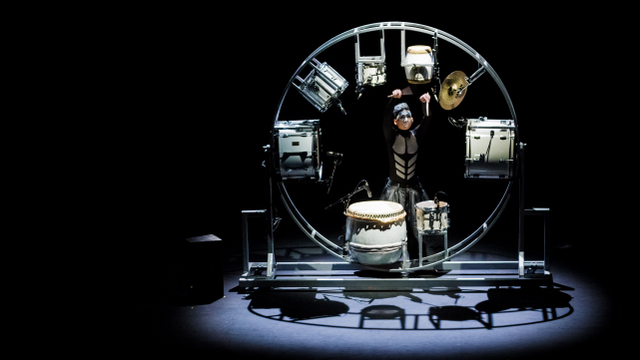 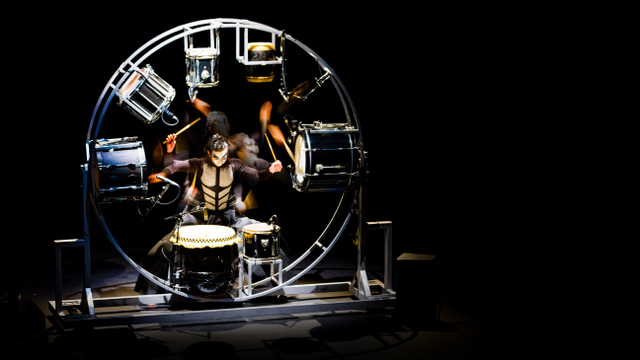