Perfect Stranger actress, Halle Berry is pregnant, she confirmed exclusively to Access Hollywood’s Nancy O’Dell. The 41-year-old actress revealed the news in an e-mail to Nancy on Tuesday that she is three months pregnant with boyfriend Gabriel Aubry’s baby.

“Yes, I am three months pregnant! Gabriel and I are beyond excited, and I’ve waited a long time for this moment in life. Now the next seven months will be the longest of my life!” she wrote to Nancy. “Can’t wait to see you and give you a squeeze and see a pic of your little sweetie. Until then, you heard it from ME first! “I am beyond ecstatic for my friend Halle! I told her she is about to embark on the best time of her life! She is such a sweet person… so genuine… and therefore, will make an incredible mom. And can you imagine how gorgeous this baby is gonna be! Halle sent me the most adorable bunch of clothes for my new baby… I can’t wait to do the same for her,” Nancy said. 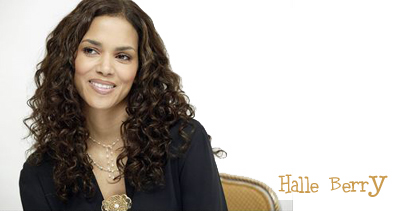 Upon hearing the news, Nancy was elated for her good friend. Over the years, Halle has made no secret about her desire for a family. Back in April, Nancy and Halle sat down for a candid talk about Halle’s plans for kids.

“Not that there’s not more to accomplish, but I think I arrived at a point in life that I realized I needed more to get me up in the morning. More than going to a new movie set. Or as much fun as getting the star was yesterday, I need something even more profound than that and that’s family. And that’s children,” Halle said. ” I need that like the air to breathe these days and I’m ready. I’m at a point where I’m really, really ready.”

Halle Berry has previously expressed her desire to have a baby, but she often said she would never get married again. She had previously been married to David Justice and the singer Eric Benet. She confessed in an interview with InStyle magazine earlier this year: “I will never, never get married again. Actually, it’s just that now I’ve come to a place where I think two people can share their lives without the ring, without the piece of paper.”

She said at that time: “I definitely want children. Very much. I want my kids to realise it’s only through hard work that any success or real joy comes. It’s not about money; it’s the intangible rewards – having integrity and doing what you say you’re going to do.”