GRAND PRIZE WINNER OF CELCOM BROADBAND DRIVES OFF WITH A SPECIALLY DESIGNED MYVI! 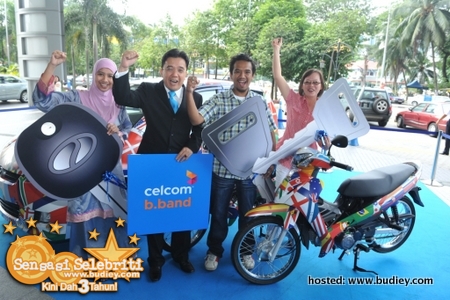 During the PIKOM PC Fair which was held in anticipation of World Cup 2010 recently, customers who signed up for selected Celcom Broadband monthly plans were entitled to win the specially designed Perodua Myvi and two Modenas CT 100 Motorbikes worth almost RM60, 000. The special design reflected the most anticipated football event.

Celcom’s Director of Broadband and Special Projects, Jefri Ahmad Tambi who presented the prizes to the winners during the prize presentation ceremony said “Celcom has been introducing attractive Broadband promotional offers as ways to express appreciation for our customer’s continuous support. This has been really exciting for us, to be giving back to our valued customers in such a substantial way. And to see such joy on the faces of the lucky winners is simply the greatest!”

“I am grateful to have signed up for Celcom broadband during its promotional offers at the PIKOM PC Fair and win such a fabulous prize,” said Nor Liyana Binti Ahmad when she was given the keys to the brand new vehicle. “Celcom’s reward has been really great! I never thought that I’d win the specially designed car. The MyVI is a real beauty and it’s all mine!”

Apart from the grand prize winner, Tang Lai Mee, 43, from Ulu Kinta, Perak and Wan Nor Afriza bt Wan Mohd Nordin, 24, from Kuala Lumpur were the other two winners who walked away with the Modenas CT 100 Motorbikes.
“To be getting such a reward by subscribing to Celcom Broadband has proven to be worthwhile! Not only do I get a brand new motorbike, but the overall internet experience has been satisfactory especially in Ulu Kinta, the area where I live in,” said Tang Lai Mee. 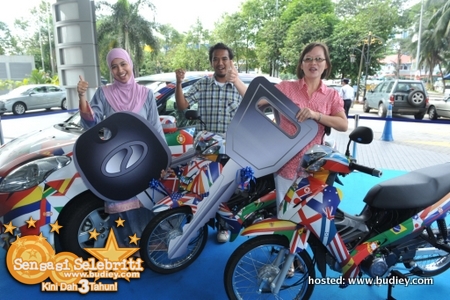 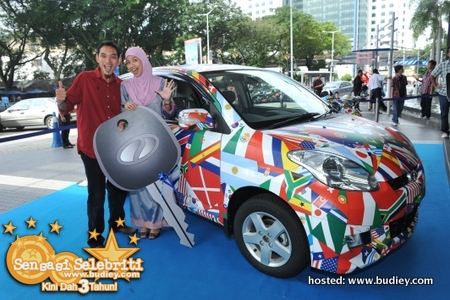 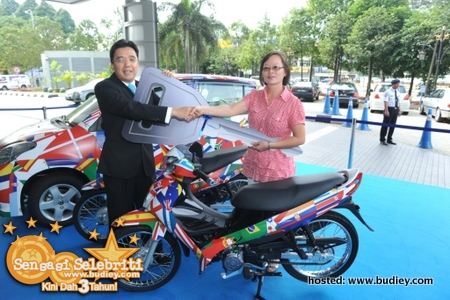