Gordon Ramsay’s Ultimate Cookery Course. P.S. No profanity involved… just food! Have you always longed for the ULTIMATE COOKING LESSON that will help you learn to cook a variety of delicious recipes with invaluable cooking and kitchen tips? Perhaps the “ULTIMATE CHEF” can help you get started through “Gordon Ramsay’s Ultimate Cookery Course” on ntv7 every Tuesday at 9.00pm, starting July 8th!

With a busy family like his (that makes six of them in the family including his wife and four children), Gordon Ramsay wants to be able to provide healthy food throughout the day for the entire family as quickly and efficiently as possible. And not to forget that it should also look and taste good! 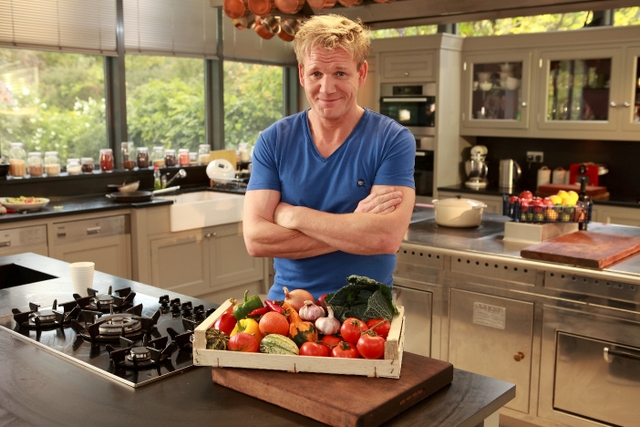 With his trademark cheeky wit, Ramsay who started cooking since the age of 17, presents a unique show that combines all sorts of useful tricks and tips – from ways to save time and money, to how to present simple yet delicious food – making this the only cookery course you’ll ever need!

In each episode, Ramsay will concentrate on a different area of cooking essential for the modern cook – from the secret of cooking with chili and spice, through baking, roasting and slow cooking to easy suppers, breakfast, brunches and even special occasions.

“This is also the reason why many housewives and non-housewives have fallen in love with Ramsay for his brilliant and easy-to-cook recipes as well as useful tips that make cooking a pleasure,” said the Group General Manager of ntv7 & 8TV.

“Through this unique feel good show, we hope our viewers will learn as much as they can and enjoy this fun and interesting activity with the entire family,” Airin added.
“It is the kind of show that will get the family excited with its power-packed content that will surely draw everyone together.”

On top of that, Ramsay will also be explaining the dos and don’ts of cleaning and prepping ingredients, demonstrating everything from how to pan fry like a professional to how to get the balance of spices. He will also be passing on his knowledge on getting fresh foods from the market place and many more tips.

About ntv7:
ntv7 first came on air on 7 April 1998 and was Malaysia’s third private free-to-air TV station. The station has also positioned itself as a “Feel Good” channel and along this tagline has set itself apart from the other stations with an emphasis on branding. ntv7 is also synonymous with the urban viewers providing trendy, interactive and enriching content that transcends across various digital media platforms such as 3G and mobile content. The Home of Feel Good turns 15 in July 2013 last year. For more information, log on to www.ntv7.com.my.