Designed for the millennial traveler, Marriott International’s Aloft® Hotels and the biggest and boldest global youth brand, MTV, is now accepting submissions for the fourth Asia Pacific edition of Project Aloft Star, amplified by MTV. With the success of the past three years, the reach of the competition is now extended to Australia and Indonesia. Providing an annual platform to discover music talent, the competition will identify and support aspiring music acts in nine markets: Australia, China, Hong Kong, Indonesia, Malaysia, Singapore, South Korea, Taiwan and Thailand. 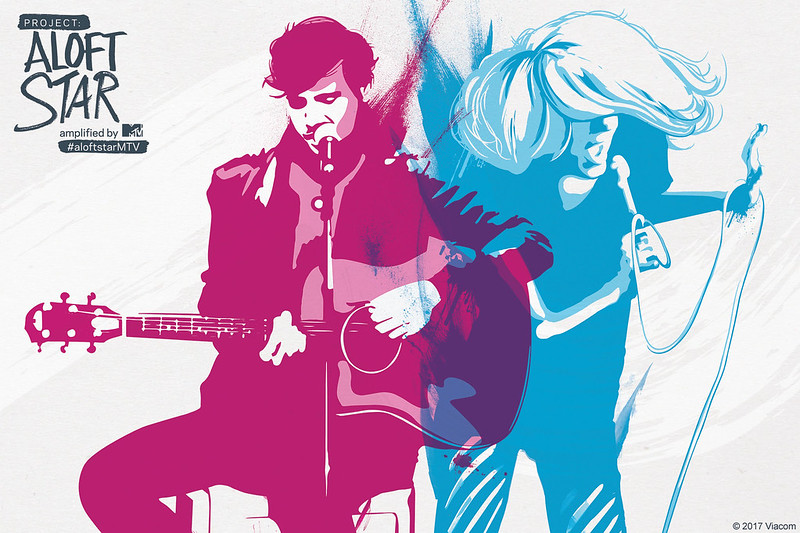 SINGAPORE, 3 July 2017 – Designed for the millennial traveler, Marriott International’s Aloft® Hotels and the biggest and boldest global youth brand, MTV, is now accepting submissions for the fourth Asia Pacific edition of Project Aloft Star, amplified by MTV. With the success of the past three years, the reach of the competition is now extended to Australia and Indonesia. Providing an annual platform to discover music talent, the competition will identify and support aspiring music acts in nine markets: Australia, China, Hong Kong, Indonesia, Malaysia, Singapore, South Korea, Taiwan and Thailand. Last year, the competition drew over 500 entries and 600,000 public votes.

Project Aloft Star, amplified by MTV; promotes Aloft’s commitment to supporting self-expression by identifying the latest emerging music talents in the region. The response every year from musicians and fans has been tremendous and the competition is a highly anticipated event that’s become known for showcasing original music from aspiring acts. Together with MTV, Aloft has helped boost the visibility and quality of original compositions amongst musicians and continues to be a catalyst for musical creativity, with Project Aloft Star serving as a platform for showcasing the hottest up-and-coming artists.

Rocking the world since its debut in 2008, Aloft Hotels is a trailblazer in the live-music scene worldwide. The brand has always been committed to cutting-edge music programming, leading the way as an industry innovator by supporting live acts in its hotels through its Live at Aloft Hotels music program held at its buzzing W XYZ bars across the globe.

“Aloft Hotels is designed for those who love open thinking and open expression, and Project Aloft Star captures the brand’s belief in self-expression through music,” said Mike Fulkerson, Vice President, Brand & Marketing, Asia Pacific. “We’re excited to be exploring new talents this year by opening up entries to include Australia and Indonesia. We also want all music-lovers to be involved by voting for their favorite musicians via the projectaloftstar.com website as well as engaging with us on our social media channels.”

Partnering with music and entertainment powerhouse MTV, Project Aloft Star is expected to create region-wide awareness and buzz for the latest instalment of the exciting competition. MTV is the only global music player with coordinated local on-air and online teams, reaching millions of music fans every day. From large-scale live shows to on-air programmes such as MTV Ok Danceoke and MTV PUSH, MTV is widely recognized as a youth destination for discovering music and talents.

“This partnership is truly a testament to MTV’s and Aloft’s common vision of supporting aspiring artists for four years running, and through the passion point of music. The Asia Pacific music scene is diverse and constantly evolving, and our expertise lies in working with the newest acts, and helping them uncover their passion as well as connecting them with new opportunities and fans across Asia Pacific. We are looking forward to build upon our successful collaboration with Aloft Hotels, to discover and shape the music stars of tomorrow,” said Paras Sharma, Senior Vice President and General Manager, Southeast Asia, Viacom International Media Networks. 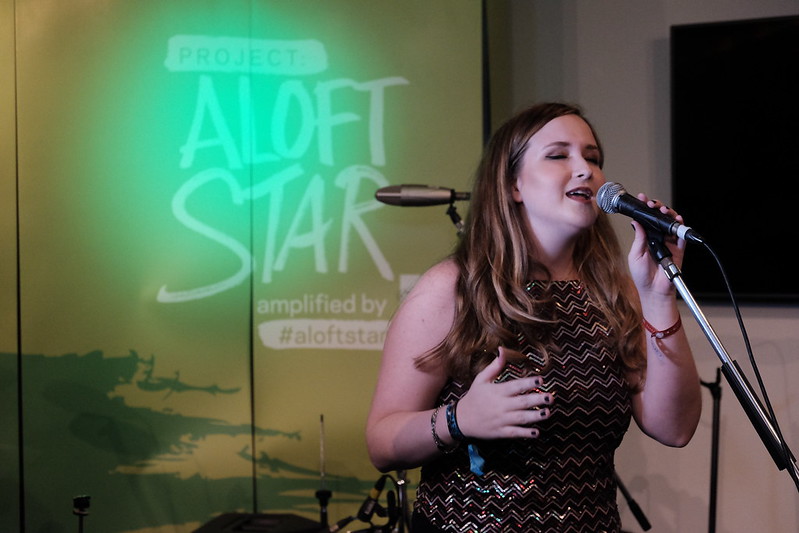 Bands, artists and songwriters are invited to submit their original compositions[1] – either through YouTube, Youku, or SoundCloud[2] links to the website at projectaloftstar.mtvasia.com, between5 July to 21 August 2017.

Four finalists will be shortlisted for each cluster – three will be selected by judges from MTV, and the fourth will be a People’s Choice finalist. From 25 August to 11 September, the public can vote for their favorite artist from curated entries on projectaloftstar.mtvasia.com. One voter per cluster will also stand a chance to win US$1,000.

Live finals at the newest Aloft Hotels in Asia

Finals will be held from October to November 2017 at Asia’s newest Aloft hotels: Aloft Perth for the Australia and Southeast Asia finals, Aloft Seoul Myeongdong for the South Korea finals, and Aloft Taipei Zhongshan for the Greater China finals.

Aloft and MTV as the platform for emerging artists

Both MTV and Aloft have built a reputation for advocating and supporting emerging artists, with several Project Aloft Star winners achieving further success. Southeast Asia cluster winner in 2016, Soph Retief, produced and released her first music video “Guys Like You”, the song that clinched her win and will be performing at the Tunbridge Wells festival in July 2017. Winner of the Greater China cluster in 2016, Wang Dazhi (a.k.a. Big Tattoo), appeared on hip hop reality show ‘Rap of China’, made an appearance on the movie “Miss Puff”, and was the special guest at well-known Chinese rocker Cui Jian’s 30th anniversary concert. Meanwhile, Jenny & the Scallywags from Thailand, the winner of the 2015 Southeast Asia cluster, went on to release their 10-track album, ‘Shaking Heart’, amidst a collaboration with indie artist Phum Viphurit and performances at festivals. GTXperiment from Malaysia, the winner of the Southeast Asia cluster in 2014, won the “Best Collaboration” award at the VIMA Music Awards 2017, and their single “Terus Menunggu” reached the TV3 Muzik Muzik charts.

With more than 125 hotels now open in nearly 20 countries and territories around the world, Aloft Hotels, part of Marriott International, Inc., delivers a fresh approach to the traditional staid hotel landscape. For the ‘always on’ next generation of traveler, the Aloft brand offers a tech-forward, vibrant experience and a modern style that is different by design. Aloft is proud to participate in the industry’s award-winning loyalty program, Starwood Preferred Guest®. Members can now link accounts with Marriott Rewards®, which includes The Ritz-Carlton Rewards® at members.marriott.com for instant elite status matching and unlimited points transfer. For more information, please visit http://www.alofthotels.com/ and follow along on Facebook, Twitter, and Instagram.

Marriott International, Inc. (NASDAQ: MAR) is based in Bethesda, Maryland, USA, and encompasses a portfolio of more than 6,100 properties in 30 leading hotel brands spanning 124 countries and territories. Marriott operates and franchises hotels and licenses vacation ownership resorts all around the world. The company also operates award-winning loyalty programs: Marriott Rewards®, which includes The Ritz-Carlton Rewards®, and Starwood Preferred Guest®. For more information, please visit our website at www.marriott.com, and for the latest company news, visit www.marriottnewscenter.com. In addition, connect with us on Facebook and @MarriottIntl on Twitter and Instagram.

MTV is the world’s biggest youth entertainment brand. With a global reach of nearly 785 million households, MTV is the cultural home of the millennial generation, music fans and artists, and a pioneer in creating innovative programming for young people. MTV reflects and creates pop culture with its award-winning content built around compelling storytelling, music discovery and activism across TV, online and mobile. Outside of the United States, MTV is part of Viacom International Media Networks, a division of Viacom Inc. (NASDAQ: VIAB, VIA), one of the world’s leading creators of programming and content across all platforms. For more information about MTV in Asia, visit www.mtvasia.com.

Believe offers smart distribution and marketing services for artists & labels worldwide. The company has over 400 employees globally with 32 offices around the world.

Believe empowers artists and labels to maximize the value of their music in the transitioning digital music space by providing them with a full suite of services: digital music and video distribution, digital marketing and promotion services, synchronization and neighboring rights management, full label services including international physical distribution and campaign management, as well as an in-house record label AllPoints, and DIY distribution platform TuneCore. The company prides itself on providing personal tailor made services for each label and artist.

Championing innovation and transparency throughout its ten-year history, Believe has developed leading in-house technology as well as a range of analytical and promotional tools to help labels & artists leverage the benefits of digital.

TuneCore brings more music to more people, while helping musicians and songwriters increase money-earning opportunities and take charge of their own careers. The company has one of the highest artist revenue-generating music catalogs in the world, earning TuneCore Artists $920 million from over 75 billion downloads and streams since inception. TuneCore Music Distribution services help artists, labels and managers sell their music through iTunes, Apple Music, Spotify, Amazon Music, Google Play and other major download and streaming sites while retaining 100 percent of their sales revenue and rights for a low annual flat fee. TuneCore Music Publishing Administration assists songwriters by administering their compositions through licensing, registration, world-wide royalty collections, and placement opportunities in film, TV, commercials, video games and more. The TuneCore Artist Services portal offers a suite of tools and services that enable artists to promote their craft, connect with fans, and get their music heard. TuneCore, part of Believe Digital Services, operates as an independent company and is headquartered in Brooklyn, NY with offices in Burbank, CA, Nashville, TN, New Orleans, LA, Atlanta, GA and Austin, TX, and global expansions in the UK, Australia, Japan, Canada, Germany, France and Italy. For additional information about TuneCore, please visit www.tunecore.com or https://youtu.be/1Kuu_tZ1In0.