In addition to bringing in a new fan segment Stadium Astro Sokker Safari and becoming a one-hour show, FourFourTwo also brings you exclusive access to the latest interviews with some of the biggest stars of the industry. 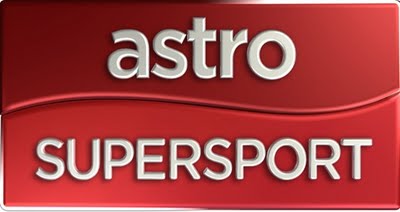 This week, host Jason Dasey travels to the Spanish capital, Madrid to speak to Cristiano Ronaldo – the Real Madrid and Portugal star – for exclusive access on FourFourTwo, airing Tuesday, 3 November and Tuesday, 10 November, 9pm on Astro SuperSport (Channel 811). The interview will touch on his new life in Madrid, his thoughts about his old club Manchester United and Portugal’s World Cup chances.

Lee Choong Khay, Head of Sports Business of Astro says, “This is testament to our objective in being the No. 1 choice for sports content, where we try to bring football fans more than just the latest news and updates. We are constantly finding ways to offer our viewers the best in sports through exclusive interviews and interactive fan segments. I believe that fans of FourFourTwo can start looking forward to more exclusive access interviews and excitement as the show is now a one-hour programme”. 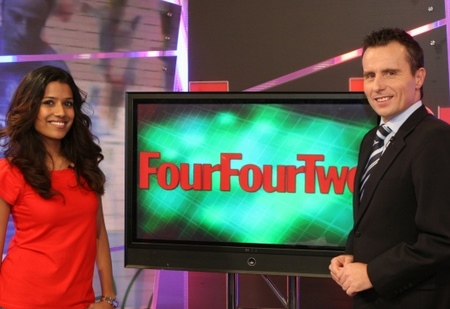 Having held high-profile positions and being at the forefront of sporting events, Jason has interviewed many famous sports identities over the course of his career including tennis star Roger Federer, former heavyweight boxing champion George Foreman and winner of five Olympic gold medals Nadia Comaneci. But going head-to-head with the world’s most expensive footballer in Madrid was a different experience.

“Ronaldo is the name on every sports fan lips. He is the world’s number one player with a pay cheque to prove it. I’m very excited about having Ronaldo on our FourFourTwo show and getting exclusive access for Malaysia viewers” said Jason.

The interview was set up through Castrol for whom Ronaldo is a brand ambassador.

FourFourTwo airs every Tuesday at 9pm and features weekly European football highlights, EPL updates, exclusive interviews, expert analysis and insights, behind-the-scenes EPL gossip as well as a EPL fantasy game courtesy of stadiumastro.com. Fans can also look forward to the Stadium Astro Sokker Safari segment which will feature football fans from different clubs in the studio each week to be interviewed by co-host and Mix FM DJ, Jay Menon.  Astro SuperSport is also the home of the 2010 FIFA World Cup.