Fifteen-time MTV EMA winner Eminem will make a highly anticipated return to the EMA stage for the first global performance of his new single “Walk on Water” LIVE at the 2017 MTV EMAs. This marks Eminem’s fourth EMA performance as he returns to the show in London.

Fifteen-time MTV EMA winner Eminem will make a highly anticipated return to the EMA stage for the first global performance of his new single “Walk on Water” LIVE at the 2017 MTV EMAs. 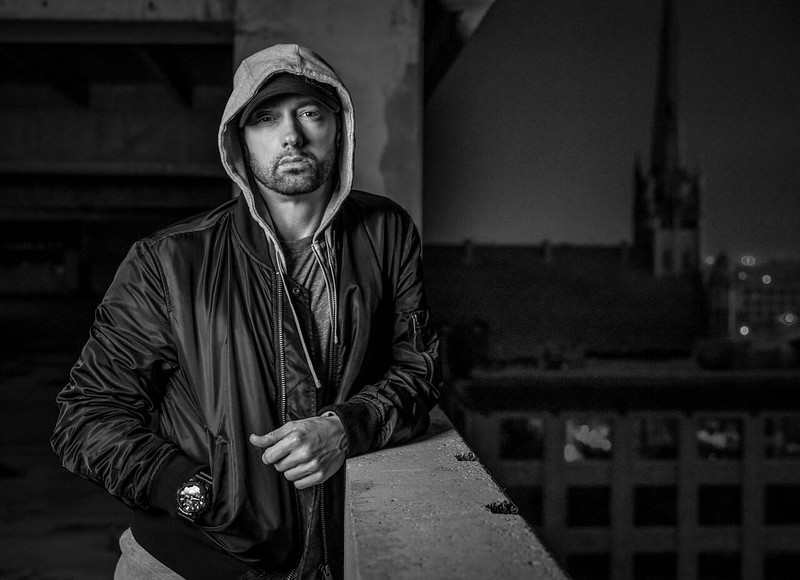 This marks Eminem’s fourth EMA performance as he returns to the show in London, following his surprise performances of “Berzerk” and “Rap God” that dominated the night at the 2013 MTV EMAs in Amsterdam where he was honored with the night’s esteemed Global Icon Award and also took home the title for “Best Hip Hop” artist.

Eminem is nominated for two categories at the 2017 MTV EMAs, “Best Hip Hop” and “Best Live.”

He has sold more than 155 million albums worldwide.

“With 35 EMA nominations and 15 wins under his belt, Eminem is no stranger to the EMAs and we’re thrilled to announce his highly anticipated debut will take place at our biggest night in music,” said Bruce Gillmer, Head of Music and Music Talent, Global Entertainment Group, Viacom and executive producer of the 2017 MTV EMAs. 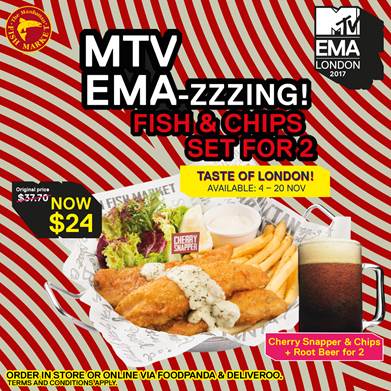 Fans in Singapore, Malaysia, Indonesia, Philippines and Thailand can join the global social dialogue using #MTVEMA on the show day. Selected tweets will go on-air* during the same-day encore telecast at 6pm (WIB) or 7pm (MY/PH/SG). Those with the best tweets stand a chance to win limited edition MTV EMA merchandise!

*For the tweets to be displayed on-air, it has to be in English.

Available only during this season of music celebration until 20 November, consumers can savour quintessential British flavour with the MTV EMA-ZZZing Fish & Chips special at the Manhattan Fish Market. The fish & chips set for two includes Cherry Snapper fish and root beer drinks at $24 nett during all operation hours. The special offer* is available for both in-restaurant dining or delivery via FoodPanda and Deliveroo.

The 2017 MTV EMAs, one of the biggest global music events of the year that celebrates the hottest artists from around the world, will broadcast to MTV channels worldwide from The SSE Arena, Wembley in London and will air live on MTV Asia on Monday, 13 November: Red Carpet (2am WIB, 3am MY/SG) and Main Show (3am WIB, 4am MY/SG). The repeat telecast airs on the same day: Red Carpet (6pm WIB, 7pm MY/SG) and Main Show (7pm WIB, 8pm MY/SG).

The official sponsor of the 2017 MTV EMAs is Aussie Hair.