One night last November, Mikky Ekko was sitting on the riverbank near the London home of one of his songwriting collaborators, Fraser T. Smith. The two were drinking tequila and playing around with some chords when the lyrics to a special song began pouring out: “Time,” which is now the title track to Ekko’s upcoming debut album. “There’s an honesty and a simplicity to it that I’m really proud of,” Ekko says of the ballad, which features just acoustic guitar, strings, and Ekko’s soaring vocal. “I was trying to find a way to say, ‘No matter what happens I’ll be there for you, even if you only want me for tonight.’”

The song is especially significant to Ekko, coming as it does after the multi-platinum success of “Stay,” a stark piano ballad he had co-written during a particularly vulnerable time in his life. “‘Stay’ is beautiful, but I didn’t know what was happening when I wrote it,” he says. “It happened through me. I was just a vessel for it. But ‘Time’ I manifested into being.” Of course “Stay” was recorded by Rihanna (featuring and co-produced by Ekko) and went on to become one of the biggest hits of 2013. It sold over ten million tracks worldwide, peaked at No. 3 on the Billboard Hot 100 and No. 1 on the Pop Songs chart, and earned Ekko a Grammy Award nomination for Best Pop Duo/Collaboration. He also delivered a memorable live performance of the song with Rihanna at the 2013 Grammy Awards. 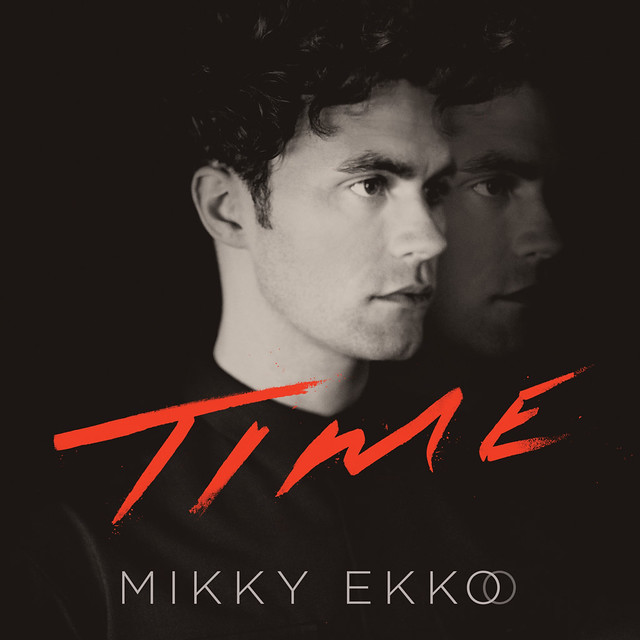 At the time of the Grammys, the Nashville-based Ekko had one independently released EP and a handful of left-of-center singles under his belt, including “Pull Me Down,” written and produced with elusive sonic collagist and hip-hop producer Clams Casino (A$AP Rocky, The Weeknd), which earned him attention from tastemaker media like Spin, Pitchfork, and the U.K.’s Dazed and Confused.

Prior to that, in 2011, Ekko was a virtual unknown whose obvious songwriting talent and otherworldly voice had earned him opportunities to spend time in London and Los Angeles working with several A-list songwriters and producers, including his “Stay” co-writer Justin Parker (Lana Del Rey, Sia), Fraser T. Smith (Adele, Sam Smith), Dave Sitek (TV On The Radio, Yeah Yeah Yeahs), and Jim Eliot (Ellie Goulding). Once “Stay” became a worldwide hit, things kicked into overdrive. Since then, Ekko has had his songs “Place For Us” and “We Remain” (which he wrote with Ryan Tedder for Christina Aguilera) appear on The Hunger Games soundtrack. He co-wrote and is featured on Chris Malinchak’s current single, the disco stormer “Stranger.” In August, Ekko was nominated for a 2014 MTV Video Music Award with David Guetta for “Best Video with a Social Message” for the song “One Voice,” which the two recorded for the United Nations’ “The World Needs More” campaign. He is also highly in-demand as a collaborator and has been in the studio writing with and for Lil Wayne, Gwen Stefani, Zedd, Jessie Ware, Giorgio Moroder, Rudimental, Major Lazer, and Lupe Fiasco.

“’Stay’ really informed the way I view myself as an artist and what I was capable of doing,” Ekko says. “It made me go back to the drawing board with the desire to write the best songs I possibly could. I feel like my songwriting, my style, and my perspective are more focused than they’ve ever been.” This is clearly evident on Time — a diverse collection of top-shelf R&B-influenced alternative-pop, with Ekko’s emotionally resonant voice taking center stage. The music retains the independent spirit that drives his early songs “Pull Me Down,” “Kids,” and “Disappear,” without extinguishing Ekko’s desire to write songs that are truly accessible. “I don’t really consider myself of the pop world,” he says. “I’ve worked really hard to make sure the music doesn’t sound like anyone else’s. But having a pop sensibility, for lack of a better word, allows me to create something that’s relatable to people, yet still maintain what’s precious to me.”

The songs on Time include Ekko’s collaborations with Ryan Tedder, Benny Blanco, Jeff Bhasker, Stargate, Boots Ottestad, and Dennis Herring, as well as Ekko’s previous collaborators Clams Casino, Dave Sitek, Elof Loelv, Nick Ruth, and “my Brits” Parker, Eliot, and Smith. “Those three guys are great at finding chords that tug at me as an artist,” Ekko says. “As soon as I start feeling that yearning and heaving, that’s when I know I can get something out. They are basically like shrinks. I go in and talk about my problems. They make sure the melody is good. We try really hard to find creative ways to push ourselves past what most people consider to be the boundaries of modern songwriting.”

First single “Smile” captures the moment “when you’re a teenager and you lose somebody for the first time and you don’t know what to do about it,” Ekko says. “Usually I’m just trying to write songs to comfort myself.” Ekko wrote “Comatose” around the period he found out that Rihanna wanted to record “Stay.” “I was hoping to give her another song instead and Justin and I came up with this,” he says. “It’s about trying to find your way back to a moment. Where ‘Stay’ was very much in the moment, ‘Comatose’ is about chasing the reflection, chasing the memory, being in the dream of the coma and trying to find your way back to the light.” On the other end of the spectrum is “Watch Me Rise,” which Ekko wrote with Stargate and Benny Blanco. “I just wanted to let people know, ‘I’m going to do whatever the fuck I want and I don’t care what you think,’” he says. “It’s a bold song. I don’t usually like songs that bold, because there’s a braggadocio about them, which is not my thing. But when I work with those guys, I go for it. I feel like the song is a cool representation of me beginning to find my footing in a world where I don’t necessarily feel like I belong. But I need to go there to make sure I know. It’s kind of like, ‘Know your enemy,’ right?”

Ekko’s belief in music’s transformative power was instilled in him at a young age. He was born John Stephen Sudduth in Shreveport, Louisiana, the son of a tar plant manager turned minister. Ekko grew up in the church, which he considered “a reverent space.“ “Sometimes I’d sit in the sanctuary and sing by myself for a while,” he says. Ekko bounced around Georgia and Mississippi with his family, eventually winding up in Tupelo where he attended high school and sang in the choir. He grew up listening to classical music (thanks to his mom) and classic rock (thanks to his dad), and began imitating R&B singers like Stevie Wonder and Smokey Robinson as a teen, “because I realized I could do runs,” he says. However, he never considered a career in entertainment to be attainable. “I thought about it like a kid from Mississippi thinks about anything that’s so far removed from being a small town preacher’s kid in Mississippi,” he says. “It’s like a dream you chase blindly when you show up in a big city.”

After graduating from high school, Ekko did move to the big city, Nashville, and enrolled in a music business course at a community college while trying to find a gig fronting a band, figuring it was best way to impress people with his voice. He also began to write songs, recording them a cappella and backed by rhythmic stomps and claps. In Nashville, Ekko met the producers Tim Lauer and Dan Hansen and self-released the music they created together as an EP, Strange Fruit, in 2009. His efforts, as well as his mesmerizing live performances, attracted management, who advised Ekko to get off the road and focus on getting the music right. Once labels and publishers heard the songs he had written with Eliot, Smith, and Parker, including “Stay” and “Smile,” they clamored to sign him, with RCA winning out in April 2012. A few months later, In October, Ekko’s song “Feels Like The End” was used in the season premiere of Grey’s Anatomy. Ekko’s songs have also been heard on Orange Is The New Black, Homeland, and Pretty Little Liars.

Now the release of Time is finally on the horizon. “The album is pretty eclectic sonically, but lyrically there are moments of love and angst and things that many people deal with on a daily basis,” he says. “I’m just trying to be honest about all of that stuff. I think I’ve become more honest because after ‘Stay,’ I realized how important it is. Just be genuine. People just want to feel something real.”