BEN 10: ULTIMATE ALIEN
All New Episodes
5 February, every Sunday at 9:00am

Picking up immediately where Ben 10: Alien Force leaves off, Ben 10: Ultimate Alien follows 16-year-old Ben Tennyson as his life changes in major ways! The Omnitrix has been destroyed and Ben must now learn to master the secrets of the mysterious Ultimatrix, a new watch-like device that not only allows him to transform into a variety of alien super heroes, but also gives him the ability to activate evolved (or “ultimate”) versions of some of his most powerful alien entities! That’s only half of the changes in store for our hero, as a young savvy fanboy discovers Ben’s secret identity and reveals it to the world! Faced with newfound stardom, Ben must deal with obsessive fans and skeptics who view him as a nuisance. With Gwen and Kevin still at his side, Ben continues his battle against incredible alien threats to the galaxy! 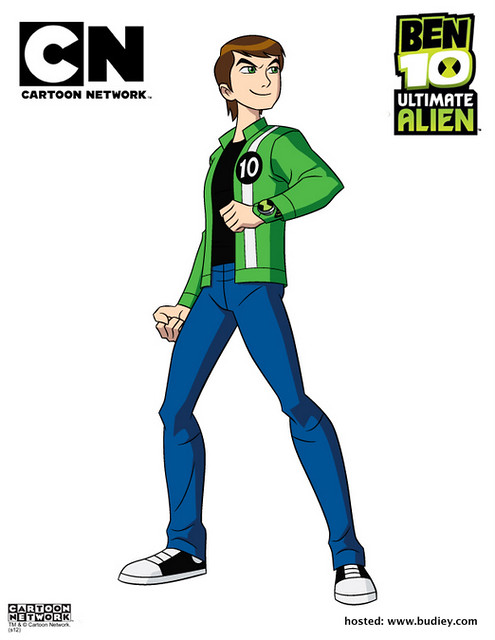 Meet the heroes:
Benjamin “Ben” Kirby Tennyson
At sixteen years old, Ben now wields the immensely strong and powerful Ultimatrix. The device allows his alien forms to evolve into stronger versions of themselves, called “Ultimate forms,” which aids him against more intense foes. A boy named Jimmy Jones has revealed his secret identity. Due to Jimmy Jones revealing his identity in the first few episodes of Ultimate alien he seems to come off as a little cocky and rude. Children and teenagers adore him, while adults view him with suspicion. His rival is Albedo.

Gwendolyn “Gwen” Tennyson
At sixteen years old, Gwen is still the level-headed one of the superpowered trio. Continuing to refine the use of both her Anodite and magical powers and abilities which both appear to have greatly strengthened and over the past year, Gwen is shown to be a valued member of the team. She also shows romantic affection towards Kevin. In the episode “Girl Trouble” it shows that Gwen has an Anodite cousin named Sunny, who looks just like her, despite having black hair instead of bright orange and blue eyes instead of bright green. Her rival is Charmcaster.

Kevin Ethan Levin
At seventeen years old, Kevin continues to be the arrogant and trouble-making member of the group. Despite questionable antics, Kevin excels much more often, proving to be a true and loyal friend now that he has learned from his past mistakes. After his Omnitrix mutation was cured, Kevin regained his original Osmosian powers and abilities to absorb all numerous types of energy and matter. He can copy any matter he absorbs into an armor. Moreover, learning from his experience, Kevin is also able to temporarily absorb extra mass to greatly strengthen and augment his powers and abilities even further and shapeshift his limbs into makeshift tools and weapons. He can also morph or fuse together the object he absorbed, and he is shown to be able to temporarily transform an object into any matter he has absorbed as long as he remains in contact with the object. He now owns a modified Plumber spaceship in addition to his car. In the episode “The Forge of Creation”, he absorbed the energy of the Ultimatrix to stop Aggregor and turned into a grotesque amalgam once again. As a side effect of the energy absorption, he is turned insane. During the first season finale, “Absolute Power” Kevin returns to normal thanks to Ben and Gwen. He has a romantic attachment to his teammate, Gwen and can go deeper levels to protect her. His rival is Darkstar.

Note: Show dates and times are subject to change without prior notice; please log on to CartoonNetworkAsia.com for the most updated and detailed show times, complete programming schedules, and information on your favorite shows and characters! 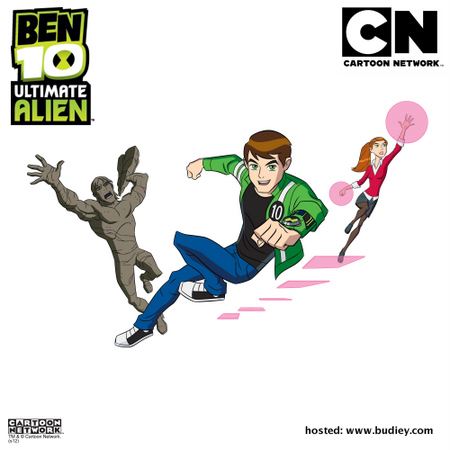