Hundreds of aspiring performers turned up in full force at Taylor’s University last Sunday to audition for the third instalment of top-rated Asia’s Got Talent on AXN.

From a 7-year-old girl who plays the electric guitar to a massive street dance crew of 10 members to a wide genre of magicians, Malaysia brought its best to the producers, in a bid to secure their shot at international fame and the cash prize of US$100,000. 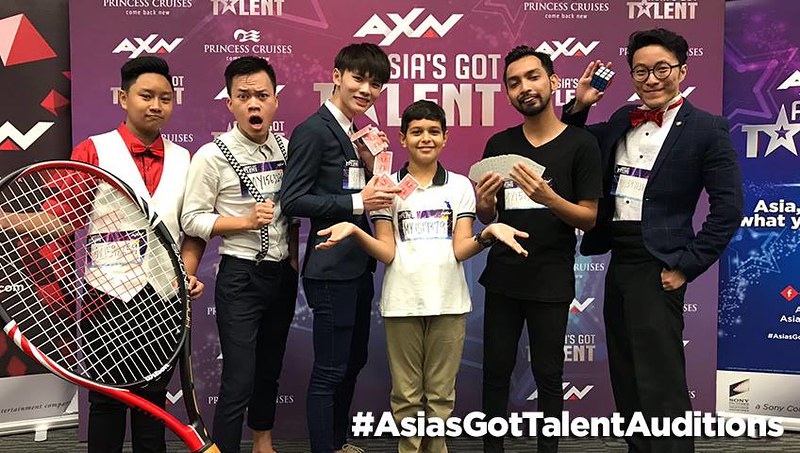 “Judging from previous seasons, it’s definitely not surprising to see the enormous amount of talent auditioning in Malaysia this season,” said Derek Wong, Vice President, Production, Sony Pictures Television, Networks, Asia. “The high caliber of acts infused with passion, energy and ambition were completely inspiring, AXN viewers in Malaysia can look forward to some fantastic national representation in the new season of Asia’s Got Talent.”

Due to popular demand from across Asia, AXN has extended the Asia’s Got Talent online auditions to July 16, Monday, 11:59pm. Aspiring stars can visit www.AXN- Asia.com/AsiasGotTalent to submit their application and an audition video of under two minutes that includes a short introduction of the act and the actual performance.

The Got Talent franchise was created by Simon Cowell’s Syco Entertainment and is co- produced and owned by Syco Entertainment and FremantleMedia. It is entered in the Guinness World Records as the Most Successful Reality Television Format in history with 70 local versions produced across Europe, Asia Pacific, the Middle-East, Africa and the Americas. Around the world, the Got Talent format airs in a total of 186 countries.

The channel appeals to a discerning audience seeking content that is smart, intriguing and unexpected, all delivered close to US telecasts. From The Blacklist and MacGyver to Asia’s Got Talent and The Amazing Race Asia, AXN is defined not by a genre, but by an attitude that truly redefines action.