“The sisters” Stephanie and Sharmaine, Subang Jaya, and Stacey Dave, Sabah have been named the Round 1 Contender in Avon Voices, Avon’s first-ever global singing talent search.

All there of them were selected as from more than 175 global Contenders, from more then 50 countries, who have just completed professional recording sessions in Nashville, Paris, Hong Kong and Rio, with performance videos available for voting at AvonVoices.com starting April 22. Ultimately, the public vote and the vote of the celebrity judging panel will determine two women – one an Avon Representative – who will receive an opportunity to record a professionally-produced album.

All Malaysian can participate in Avon Voices and help Stephanie, Sharmaine and Stacey advance to the next round by logging on to AvonVoices.com. Registration is open now and voting begins on April 22nd. 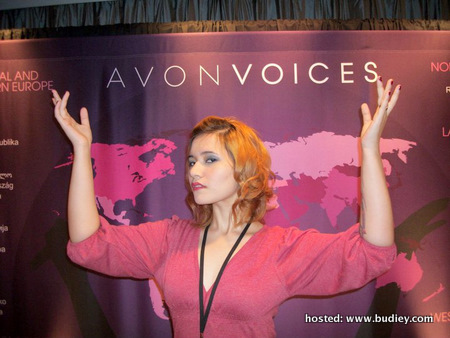 “It was such a wonderful experience I’ll never forget ! It is certainly a great platform for my career and I can’t wait to sing at the final and win! Then things will really change beyond my wildest dreams!” said Stephanie Van Driesen, who just returned from HongKong, attending the round one professional make over and shoot by Avon.

Up to 100 Contenders will advance to the next round and up to 25 Semi-Finalists will be selected in Round Three. The program will culminate later in the Fall, when up to 10 Finalists will compete for the coveted final two winning spots.

Launched in celebration of the company’s 125th anniversary, Avon Voices has attracted over one million visitors from 190 countries to the AvonVoices.com community. The Contenders were selected from a group of more than 6,000 from 62 countries who began submitting videos in December. 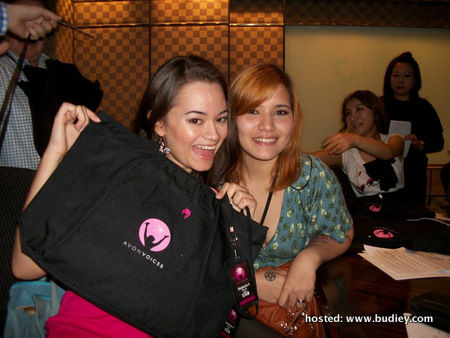 Global Anthem / Help support the Cause
At the conclusion of the program, the global finalists, alongside many of the Avon Voices celebrity judges, will record an Anthem written by Diane Warren, that will debut live at the Avon Foundation for Women Annual Gala in New York City this Fall, during which time the winners will be announced . The Anthem will be available for purchase in certain countries at http://www.avonvoices.com and http://www.studioXOXO.com. “Shoot for the Stars,” written and sung by Natasha Bedingfield, “Until You Love You,” penned by Diane Warren, produced by David Pack and sung by Valeriya, and other recordings by our Avon Voices Judges and additional artists are also currently available for purchase in the United States. A percentage of the purchase price of all recordings will help advance the Avon Foundation for Women’s global campaign to end violence against women and girls. To date, Avon global philanthropy has raised and awarded more than $30 million directed to domestic and gender violence awareness, education, direct services and prevention programs.

Register Now
The program’s official website – AvonVoices.com – is open for registration and features information about the year-long program. Anyone can view the videos, but only those registered can vote. Features of the community:

• View and Vote: Watch Contender videos, as well as all global submission videos from around the world. Watch the Round 1 professionally produced videos and vote for your favorite to help choose the winner. From April through October, the search will be narrowed down four times by a combination of online public voting and judges’ scores.
• Write: Beginning May 20, both women and men may enter the Songwriting Competition. Write an original song that inspires or shares hope and optimism with the world. Simply submit a digital file, digital recording of the song and lyric sheet at AvonVoices.com (between May 20, 2011 and July 1, 2011).

About Avon Products, Inc.
Avon, the company for women, is a leading global beauty company, with over $10 billion in annual revenue. As the world’s largest direct seller, Avon markets to women in more than 100 countries through approximately 6.5 million active independent Avon Sales Representatives. Avon’s product line includes beauty products, as well as fashion and home products, and features such well-recognized brand names as Avon Color, Anew, Skin-So-Soft, Advance Techniques, Avon Naturals, and Mark. Learn more about Avon and its products at www.avoncompany.com

About Avon Foundation for Women
The Avon Foundation for Women, the world’s largest corporate-affiliated philanthropy focused on issues that matter most to women, was founded in 1955 to improve the lives of women. Through 2010, Avon global philanthropy has donated more than $800 million in more than 50 countries for causes most important to women. Today, Avon philanthropy focuses its funding on breast cancer research and access to care through the Avon Breast Cancer Crusade, and efforts to reduce domestic and gender violence through its Speak Out Against Domestic Violence program. Avon also responds generously to provide support for relief and recovery efforts in times of major natural disasters and emergencies.