Vote for Your Favorite Act via SMS, Facebook and the Asia’s Got Talent App. “Asia’s Got Talent”, the biggest contest in the world, is heating up with the first of three semi-final episodes kicking off on AXN tonight at 8:05pm (SG, MY, PH, HK) / 7.05pm (BKK, WIB).

The first eight semi-finalists, who were painstakingly selected by celebrity judges, David Foster, Anggun, Van Ness Wu and Melanie C last week, will give it their all in the hope of winning the AXN audience’s vote to advance to the Grand Final on May 7 at Marina Bay Sands in Singapore. 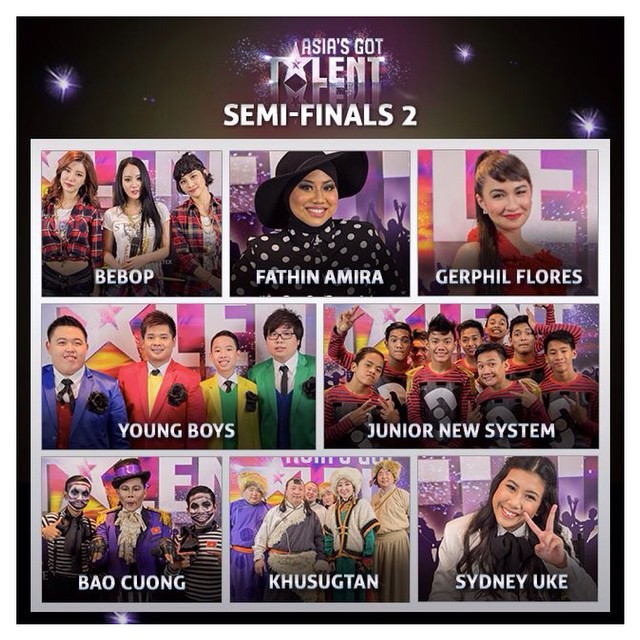 Viewers can vote for their favorite act in one of three ways: SMS, Facebook and the “Asia’s Got Talent” mobile app. Voting opens after the broadcast of each semi-final episode and will remain open for four days. Full details on how to vote can be found on the Asia’s Got Talent website: http://asiasgottalent.tv/vote

Tonight’s semi-final episode of “Asia’s Got Talent” promises a diverse and dazzling evening of entertainment as contestants include the crowd-pleasing, tambourine playing entertainer “Gonzo” from Japan; the breathtaking acrobatic duo Gao Lin and Liu Xin from China; three singing brothers from Indonesia; and 10 year-old guitar-playing aspiring pop star, Gwyneth, from the Philippines.

Check out all of the semi-finalists performing tonight here: http://asiasgottalent.tv/semifinalists