Singapore (25 June 2020) – From 24 June, ArtScience Museum presents a new series of microcommissioned films by some of Singapore’s most prominent and promising artists and filmmakers. Available online via ArtScience Museum’s official website and social media channels, this new series is part of the Museum’s flagship programme, ArtScience on Screen. The launch of these micro-commissions further cements the Museum’s support for the local film sector beyond its ongoing programme of special screenings, talks and live film-based performances.

The micro-commission programme has been developed by ArtScience Museum to create opportunities for local filmmakers during a period of uncertainty. Making a virtue out of necessity, these short films, with a running time of less than five minutes, are created using available, existing resources and equipment that filmmakers have on hand. The commissions also provide filmmakers with the opportunity to channel their creativity to work within parameters set by the New Normal shaped by the current COVID-19 pandemic.

The first two micro-commissions, Late Spring by Lei Yuan Bin was premiered on 24 June and How Can I Tell I Miss You by Eva Tang will be premiering in the month of July. The Museum is currently presenting $alary Day (2020) by local filmmaker Madhavan Ram from 10 June – 10 July, marking the launch of its online screening programme.

Late Spring pays homage to legendary Japanese director Yasujiro Ozu’s film of the same title. Focusing on the end of the cherry blossom season and a cemetery in Tokyo, the film invites a contemplation of loss and change, and a sense of calm and hope, in this current global pandemic.

In How Can I Tell I Miss You, a character revisiting past places she has travelled to before suddenly realises that the world has mysteriously fallen asleep. The lead character then attempts to rouse it from slumber.

Tang graduated with a Masters in Fiction Directing from the prestigious National Film and Television School in UK. Her student film, While You Sleep (2002), was the first short film by a Singaporean filmmaker to be selected in the Venice Film Festival. Her debut feature documentary, The Songs We Sang (2015), set a new box office record for independent documentary.

A new visually arresting publication, Screen Zine, will be introduced on 8 July to further complement the ArtScience on Screen programme. Screen Zine presents a playful and creative collection of bite- sized articles that provides a lighthearted roundup on the latest films from up-and-coming artists, interviews as well as virtual and augmented reality features.

The micro-commissions and Screen Zine for ArtScience on Screen will be made available athttps://www.marinabaysands.com/museum/artscience-on-screen.html. 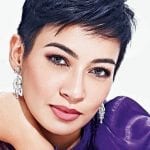 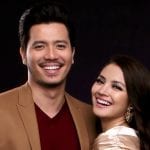