During the special return of MTV’s legendary music series “TRL” yesterday, Ariana Grande took over the iconic MTV NY studio for “Total Ariana Live” and surprised fans by announcing that she will be performing at the 2014 MTV “Video Music Awards” LIVE on Sunday, August 24 from the Forum in Inglewood, CA. “Total Ariana Live” premieres on-air Sunday, 6 July at 6.30pm (WIB), 7.30pm (SG/HK/PH) and 8.30pm (MAL).

To the delight of fans everywhere, Ariana treated the “Total Ariana Live” audience by exclusively debuting the first listen of her new single, “Break Free,” which is available for download on iTunes now, revealing that she will perform the Zedd produced dance smash hit for the first time anywhere on the 2014 “Video Music Awards” as she makes her debut on the VMA main stage. Her album, “My Everything” will be available on 25 August, the day after her performance. 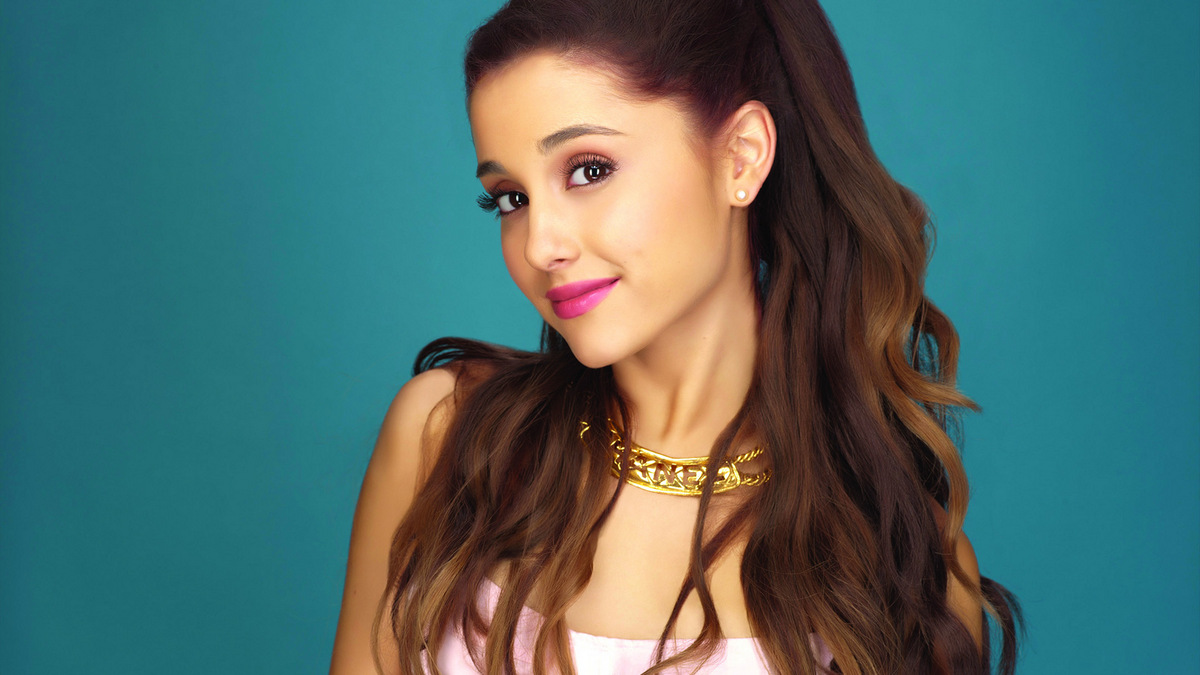 “I’m so excited to perform ‘Break Free’ at the 2014 VMAs,” said Ariana Grande. “I can’t wait for my loves to see what we’ve been working on.”

Hosted by MTV News’ Sway Calloway, the “Total Ariana Live” special tonight delivered multiple surprises for the live studio audience. Ariana and Sway shared many memorable moments as she discussed her highly-anticipated sophomore album, played a fun “Hip Hop Mix-Up” game that challenged her musical skills and knowledge, brought down the house as she performed a beautifully stripped down, piano version of her #1 hit “Problem,” and brought the show to a climax by exclusively debuting her brand new single, “Break Free.” The MTV studio audience erupted into an impromptu dance party as they heard the futuristic, melodic sounds of the signature Zedd production layered with Ariana’s soulful vocals.

Ariana Grande’s upcoming performance at the 2014 “Video Music Awards” marks her return to the world’s loudest, most influential and at times, most controversial, annual live celebration of music. Last year, Grande amazed the crowds that surrounded the 2013 VMA red carpet in Brooklyn as she sang a medley of her hits, “Baby I” and “The Way” during the pre-show.

ARIANA GRANDE first landed at the top with her first full-length album for Republic Records, Yours Truly. It debuted at #1 on the Billboard Top 200, Billboard Digital Albums Chart, and iTunes Overall Albums Chart.

Moreover, it yielded the game-changing pop smash “The Way” featuring Mac Miller. One of 2013’s defining songs, the single went double-platinum, hit the Top 10 of the Billboard Hot 100 and reached #1 on the iTunes Overall Top Songs Chart in thirty-seven minutes, enjoying one of the fastest #1 debuts in the digital retailer’s history. In the aftermath, she was named “Best New Artist” at the American Music Awards in 2013. Grande’s magnetic charm, impressive voice, and astounding presence have enchanted millions of fans worldwide.

2014 saw her reach incredible heights right out of the gate. The first single from her sophomore album, “Problem” featuring Iggy Azalea, saw her become the “youngest woman to debut with over 400K sold first-week”. In addition to ranking as the 4th “highest digital song debut for a female artist” and 8th highest ever, the platinum smash debuted at #1 in 65 countries, topping the iTunes overall Top Songs and Pop Songs charts for four weeks. Other accolades followed throughout the years with Grande’s winning “Favorite Breakout Artist” at the People’s Choice Awards 2014, the “Young Influencer Award” at the iHeartRadio Music Awards, the “Radio Disney Chart Topper Award”, and more. Still, the future looks brighter than ever as her star continues to rise.

The 2013 “MTV Video Music Awards” delivered big, with the award show ranking as cable’s #1 entertainment telecast of the year among P12-34 at the time. The first-ever award show to be broadcast live from Brooklyn’s Barclays Center, the VMAs garnered a total audience of 10.1 million viewers, a 66 percent increase versus 2012, and the ratings jumped 47 percent compared to the previous year’s telecast, delivering a strong 7.8 P12-34 rating. The encore presentation of the show on MTV earned an additional 2.8 million total viewers, amounting to 12.9 million total viewers across both airings on MTV. Ratings for the 2013 “MTV Video Music Awards Pre-Show” increased 100 percent compared to the previous year with P12-34 and garnered a 3.6 rating among that demographic, and total viewers grew a whopping 119 percent with 4.6 million tuning in.* Additionally, the 2013 “MTV Video Music Awards” aired across MTV’s global network of more than 60 channels and enjoyed a double-digit ratings increase year over year in key international markets such as the UK, Australia, the Netherlands, Singapore, Spain, Argentina and more.

The 2013 “MTV Video Music Awards” shattered previous records across MTV’s web, mobile and social channels at the time ranking as the biggest VMA day in history in terms of total visitors, page views and streams. More than 4 million fans visited VMA content on MTV.com, mobile web and MTV app generating more than 15 million total streams – five times higher than the previous year’s show day – with the live stream portion now ranking as the biggest in Viacom’s history. MTV mobile saw its biggest day ever with more than 2 million visitors, 6 million page views and 1.8 million streams. During the two-hour telecast, social media exploded as fans passionately reacted to the performances and winners generating 120 national and worldwide trending topics on twitter, and 1.2 million Instagram likes. Additionally, MTV launched a successful cross platform social communications campaign to build anticipation for the show entitled #RoadToTheVMAs, which featured the Moonman in a myriad of iconic locations, events and with various artists and celebrities throughout Brooklyn and NYC. The campaign garnered more than 100 million social media impressions, including over half a million likes on Instagram, nearly 60 million impressions on Twitter, more than 40 million impressions on Facebook and over 1.2 million impressions on Tumblr.

MTV is the world’s premier youth entertainment brand. With a global reach of more than a half-billion households, MTV is the cultural home of the millennial generation, music fans and artists, and a pioneer in creating innovative programming for young people. MTV reflects and creates pop culture with its award-winning content built around compelling storytelling, music discovery and activism across TV, online and mobile. Outside of the United States, MTV is part of Viacom International Media Networks, a division of Viacom Inc. (NYSE: VIA, VIA.B), one of the world’s leading creators of programming and content across all media platforms. For more information about MTV in Asia, visit www.mtvasia.com.

The Forum underwent a reinvention that has created a thriving venue for both artists and music fans. The Forum opened on January 15 as the largest indoor performance venue in the country designed with a focus on music and entertainment. Architecturally, the interior of the bowl has been completely modernized and features flexible seating, ranging from 17,500 seats to 7,000 seats, enabling the venue to attract a wide variety of events. In addition to completely refurbished concourses, fans will enjoy approximately 8,000 square feet of new event level hospitality offerings, including food and beverage, merchandise and bathrooms. A tinted glass wall separates this concession area from the arena; ensuring fans do not miss a moment of the performance. Additionally, the Forum delivers a one-of-a-kind experience for artists thanks to its superior acoustics, intimate ambiance and state-of-the-art facilities. The new Forum was designed with artists in mind and includes seven, star-caliber dressing rooms that feature upgraded amenities, providing an unparalleled experience for all entertainers and performers. For more information, please visit www.fabulousforum.com.