Creative director Emalina Aimi Edris along with her three travel buddies emerged as winners for AirAsia X Ultimate Xventure Challenge final held at Sunway Lagoon Extreme Park on Sunday. They won a grand prize of a four-day and three nights trip to New Zealand after defeating three other teams in the challenge. 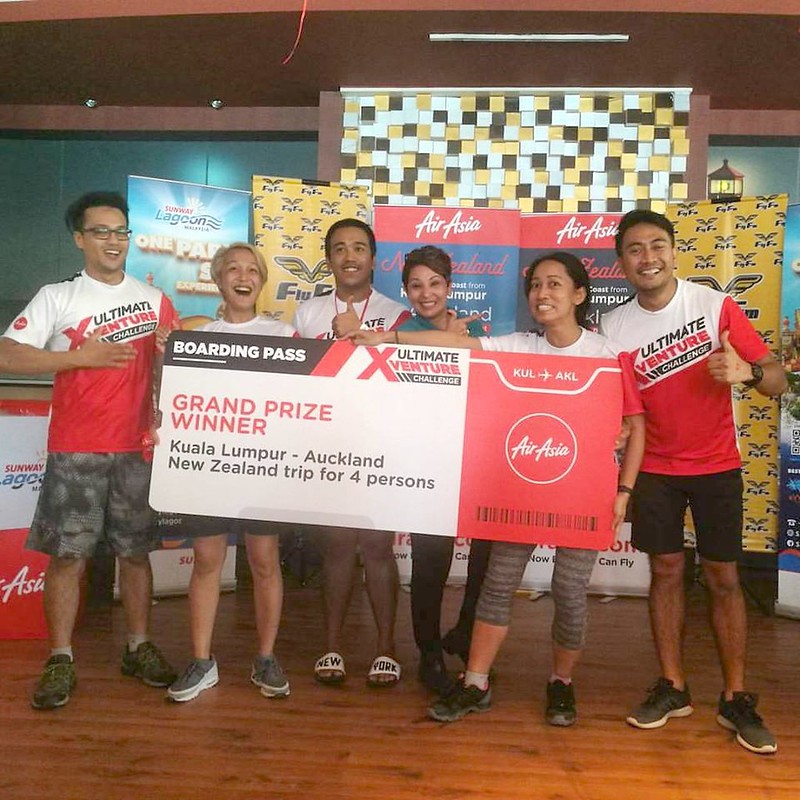 Emalina, 30, who is a big fan of extreme adventure sports was overwhelmed by the victory. Emalina said she would discuss with her travel buddies Ayman Syafeq Zainuddin, also 30, Muhammad Saifuddin Hassanmudin, also 29 and Anisah Othman, 28 when they would go on the trip to New Zealand.

“It came as a surprise as we thought we did poorly initially. Happy that AirAsia X had organised this contest. I didn’t know that AirAsia X flies to New Zealand before this although AirAsia is my choice of airline because it flies to exotic destinations. New Zealand was in my bucket list last year, and it is happening this year,” said Emalina who found out about AirAsia X Ultimate Xventure Challenge through her friend who heard about it via Fly FM radio.

Emalina is one of the winners who made it to the final of the challenge which is a collaboration between AirAsia X and Sunway.

For the first part which is a social media contest that ran from 31 July 2017 to 17 August 2017, she uploaded videos of adventure sports activities on Instagram with hashtags #UltimateXventure and #AirAsiaX along with Insta stories.

The challenge lined up for final demonstrate the experiences available in New Zealand fulfilling the requirements of adventure seekers.

AirAsia X commenced daily flight from Kuala Lumpur to Auckland with a quick stopover in Gold Coast, Australia on 23 March 2016.