NEW YORK, USA, 18 MAY 2011 : AirAsia X, the long haul, low fare affiliate of Malaysian based AirAsia Group signed a firm contract with GE for the purchase of CF6-80E1 engines to power the new aircraft order of the three new A330-200s (with the option of two additional aircraft). The aircraft which is scheduled for delivery from 2012, will be operated on the carrier’s expanding network, offering low fare service to destinations in Europe, Asia and the Pacific.

In addition, AirAsia X has also signed a 20 year On-Point solutions agreement with GE for the maintenance, repair and overhaul of the CF6-80E1 engines. The CF6-80E1 engines supplied by GE will enhance AirAsia X’s long-haul operations as it provides greater range, improved fuel burn and proven stall-free reliability. The A330-200, which is capable of flying non-stop from Kuala Lumpur to Europe will be configured in a two class layout with 24 Premium flatbeds and 264 Economy seats. 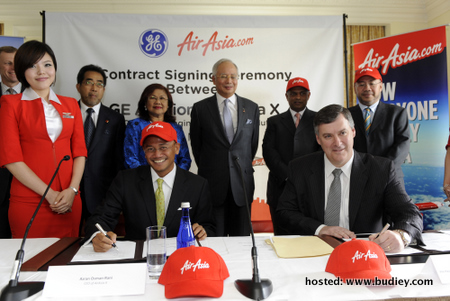 The CF6-80E1 engine will provide AirAsiaX with unmatched fuel efficiency, reliability and will help AirAsiaX maintain one of the youngest and fuel efficient fleets in the sky.

“AirAsia X’s near to long term expansion plans has made it all the more important for us to be at the forefront of innovation. As we grow our network, fleet and operations, AirAsiaX remains steadfast to its commitment of having a young, fuel efficient and environmentally friendly fleet that would help us optimise our resources and provide better value for our guests and other stakeholders”.

AirAsia is the largest low cost airline group in the Asia-Pacific region and operates an all-Airbus fleet. In 2010 AirAsia X achieved best-in-class technical reliability rates for its fleet of A330s, surpassing established long-haul carriers in the region, and its continued purchase of top-of-the-line aircraft and engine technology underpins its on-going pursuit of operational quality excellence with its world’s best cost performance. 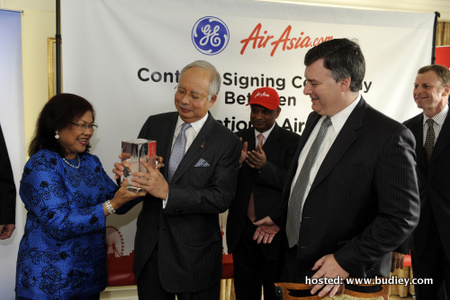