ATW Airline Industry Achievement Awards, is the longest running and most respected airline industry awards event. These awards go to airlines that have distinguished themselves through outstanding performance, innovation, and service.

ATW have attributed their choice of AirAsia as the winner of the “Value Airline of the Year” category due to the low cost carrier’s trailblazing efforts in the low-cost aviation industry through innovative solutions, efficient processes and a passionate approach to the business of connecting people, and serving the underserved markets.

Geoffrey Thomas, Chief Editor of Air Transport World commented, “AirAsia continues to confound analysts with its success, while its one time naysayers have not been heard from in years. Tony Fernandes is to be congratulated for his persistence in the face of a host of obstacles to develop an airline that is the talk of every boardroom and government in the region. Where once a farmer would look up at a vapor trail with envy, now that vapor trail is a reminder to book his family’s next holiday on AirAsia.” 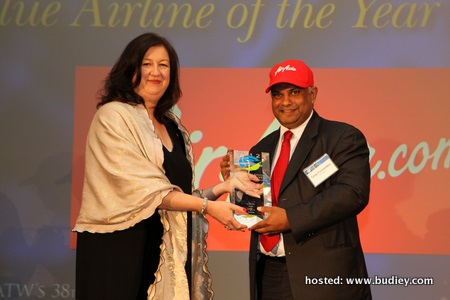 The editors at ATW has also noted that AirAsia delivers value to passengers by enabling millions to travel affordably through lower fares, value to employees and to shareholders and/or investors. ATW acknowledged that since 2001, AirAsia has broken travel norms around the globe and has risen to become the world’s best value airline with a route network that spans across 23 countries.

Tan Sri Tony Fernandes, Group CEO of AirAsia Berhad said, “We are really honoured to be the winner of the ‘Value Airline of the Year” award. This award reflects AirAsia’s continuous effort in democratizing air travel. It is a constant battle, but definitely worth the fight when so many people’s lives have been changed. We will continue to strive to provide low fares for all our guests, while improving our service.”

Air Transport World is a leading monthly magazine serving the airline and commercial aircraft manufacturing and support industries. It launched its awards program in 1974. ATW is published by Penton Media. 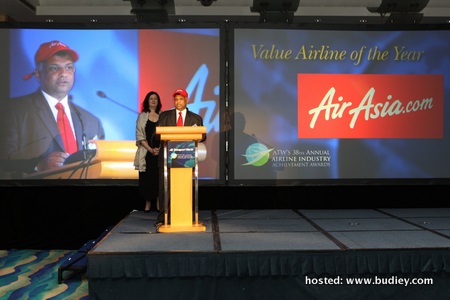 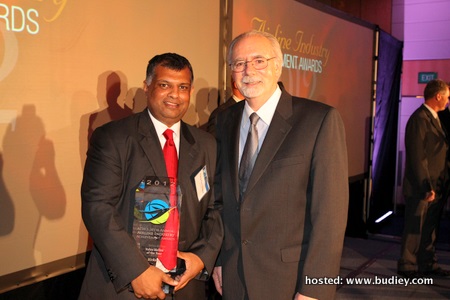