KUALA LUMPUR, 18 July 2011 – AirAsia is once again named one of the top 10 airlines in the passenger carriage category by Singapore’s Changi Airport Group. The airline first reaped the award in July 2010. 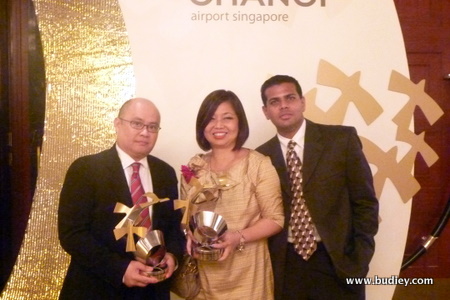 Lui said, “Changi Airport’s close partnership with its airline community is a valuable asset that has helped our air hub weather past storms and strengthen Changi’s position as an international air hub. This partnership must continue to be strengthened in order for Changi and its airline partners to face the ever-increasing competitive landscape ahead.”

Kathleen said, “We are delighted to receive this award for the second consecutive year. We will continue our commitment to Singapore, incessantly serving guests with high quality products and services, thus providing the total ‘AirAsia Experience’ to all.”

Changi Airport is the seventh busiest international airport today and is the major hub in Asia serving more than 100 international airlines flying to some 200 cities in about 60 countries and territories worldwide.