AirAsia, the world’s best low-cost airline today announced global football icon Park Ji Sung as its new global ambassador at a press conference held in Seoul, Korea. The partnership brings together two power brands in the region, celebrated with the launch of an Airbus A330 aircraft livery featuring the football star.

As ambassador, Park will be featured in AirAsia’s upcoming global campaigns as well as make event appearances across the region. Fans can also look forward to seeing him traveling on AirAsia flights across its network covering over 90 destinations. 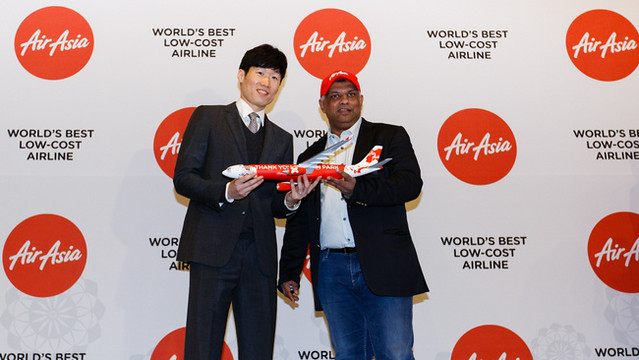 Tan Sri Tony Fernandes, Group CEO of AirAsia said, “Ji and AirAsia’s stories share a common thread– he dared to dream the impossible and through hard work, he’s achieved monumental success. He truly embodies the spirit of the brand and is the perfect ambassador to help propel AirAsia forward in the region. We hope that this partnership will continue to serve as an inspiration for youth that nothing is impossible.”

Park Ji Sung, AirAsia’s newest brand ambassador commented, “It’s a great honour to be appointed AirAsia’s global ambassador, to champion a great product and I hope together, we can help spread hope and dreams throughout the region.”

The Airbus A330 with the exclusive Park Ji Sung aircraft livery will be operated by AirAsia X throughout its network in countries such as Malaysia, Korea, Japan, Australia, China, Taiwan, Sri Lanka and Saudi Arabia.

To celebrate the appointment, AirAsia launched a limited Free Seats promotion (excluding airport tax, fuel surcharge and other applicable fees) for all direct flights from Korea. AirAsia X and Thai AirAsia X offer all-in fares as low as KRW 29,900 to Kuala Lumpur and Bangkok departing from Incheon and AirAsia X offers Busan to Kula Lumpur from KRW 23,900. AirAsia Zest offers flights to Boracay, Manila and Cebu from Incheon starting at KRW 86,400 and to Boracay from Busan at KRW 81,400. Free seats are limited and will be available for booking on www.airasia.com starting 5pm today. 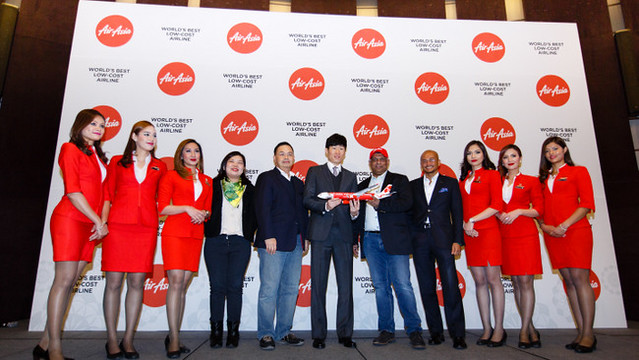 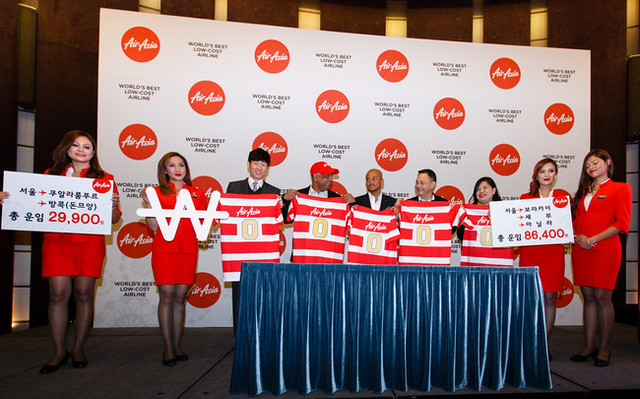