AirAsia Japan Launches International Flights to Korea
Fly from Narita to Seoul from as low as KRW2,000 one way

AirAsia Japan, an affiliate of the world’s best low cost carrier for four consecutive years is set to strengthen its position as an industry leader with the announcement of its international route to Seoul (Incheon), Korea. In conjunction with the international flight debut celebration, AirAsia Japan is having a special promotion with seats from as low as KRW2,000* up for grabs.

The Narita to Seoul (Incheon) route will begin operations on October 28th 2012 with daily flights operating from Narita International Airport. 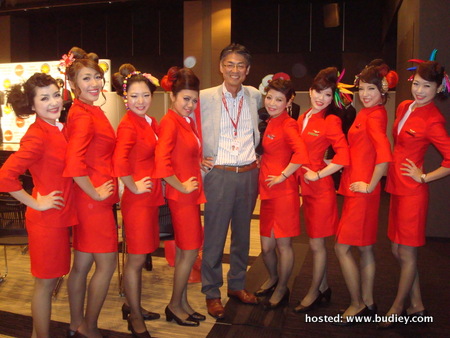 Seats between the Narita – Seoul (Incheon) route are from as low as KRW30,000 one way, inclusive of airport tax and fees. Guests are able to grab the special promotional fares exclusively at www.airasia.com beginning 10pm (GMT+8) on 10 October till 17 October 2012 for the travel period from 28th October – 30th March 2013.

The new route announcement was made simultaneously by AirAsia Group CEO Tony Fernandes in Seoul and AirAsia Japan CEO Kazuyuki Iwakata in Tokyo.

Tony said, “This is a great day for all of us, and an even greater day for the consumers & air travelers in Korea. With AirAsia’s low fare, everyone can now travel to more places more often. AirAsia Japan’s announcement of this international route today is a dream come true for us, and I am looking forward to see the Narita – Incheon flights begin operations. Congratulations to Kazuyuki and his team for making Japanese and Korean skies friendlier and more affordable.”

Kazuyuki said, “We are extremely happy and proud to enable so many guests to fly and enjoy the AirAsia experience since we started operations about three months ago. The announcement of our new international routes to Korea gives me much pleasure as AirAsia Japan can now further expand the AirAsia Group’s existing extensive route network, connecting Japan and other countries in Asia. It makes much sense to begin our international flights to Korea, our next-door neighbor and I am sure that this will further enable and inspire more people to travel to international destinations as the flights take only about 2 hours from Narita to Incheon.

AirAsia Japan’s international flights will also be operated on Airbus A320 aircraft with a capacity of 180 seats, similar to its domestic flights.

*KRW2,000 base fare is not inclusive of airport tax and fees 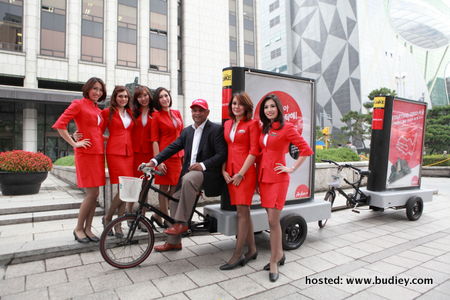 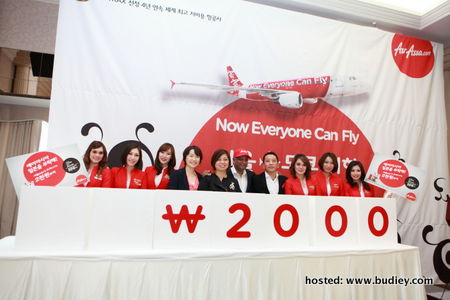 About AirAsia Japan & AirAsia Group
AirAsia Japan is a joint-venture between ANA and AirAsia, which was established in August 2011. As a low-cost carrier (LCC) based in Narita International Airport, it operates domestic routes to Sapporo, Fukuoka, & Okinawa since August 2012 and will start to operate international routes to Seoul and Busan in Korea in October 2012. AirAsia Japan’s objective is to develop the LCC market in Japan, generating new demand with the aim of making affordable and quality travel available to all. AirAsia Japan is part of the AirAsia Group, the leading and largest low-cost carrier in Asia servicing the most extensive network with over 150 routes. Within 10 years of operations, AirAsia has carried over 150 million guests and grown its fleet from just two aircraft to approximately 106. AirAsia was named the World’s Best Low Cost Airline in the annual World Airline Survey by Skytrax for four consecutive years (2009, 2010, 2011,2012).