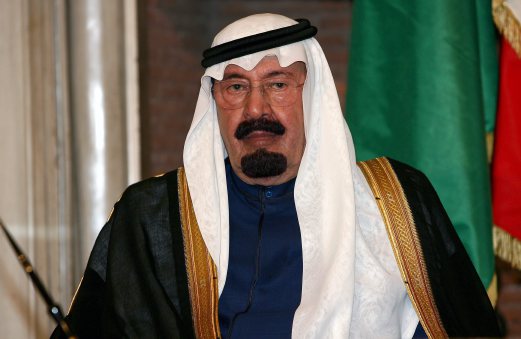 Saudi Arabia’s King Abdullah died early on Friday and his brother Salman became king, the royal court in the world’s top oil exporter and birthplace of Islam said in a statement carried by state television.

King Salman has named his half-brother Muqrin as his crown prince and heir.

“His Highness Salman bin Abdulaziz Al Saud and all members of the family and the nation mourn the Custodian of the Two Holy Mosques King Abdullah bin Abdulaziz, who passed away at exactly 1 a.m. this morning,” said the statement.

Abdullah, thought to have been born in 1923, had ruled Saudi Arabia as king since 2006, but had run the country as de facto regent for a decade before that after his predecessor King Fahd suffered a debilitating stroke.

At stake with the appointment of Salman as king is the future direction of the United States’ most important Arab ally and self-appointed champion of Sunni Islam at a moment of unprecedented turmoil across the Middle East.

King Salman, thought to be 79, has been crown prince and defense minister since 2012. He was governor of Riyadh province for five decades before that.

By immediately appointing Muqrin as his heir, subject to the approval of a family Allegiance Council, Salman has moved to avert widespread speculation about the immediate path of the royal succession in the world’s top oil exporter.