Azah Yazmin Yusof hosted 3R for 5 years and only stopped in 2005 to further her studies in the UK. Even though Azah has a Law degree, Masters in Broadcast Journalism and a Psychology Degree, Azah’s enthusiasm for education and teaching never stops. She is always in touch with the entertainment scene as well as social issues that are close to her heart. Her days are spent working as a professional counselor in her own private practice and building her home with her husband.

Rafidah Abdullah started hosting 3R in the year 2000 but left after 3 years to pursue her Master’s in Scriptwriting in London. Rafidah consistently wrote many episodes for 3R including the episode that won 3R “Best Infotainment Program” for the Asian TV Awards. Rejoining 3R in 2006, she continued writing for TV, commercials, NGOs and films. Rafidah’s brilliant creative mind spawned many award-winning films and series that constantly infuse social issues with pop culture.

When Low Ngai Yuen got the role of 3R host, she immediately quit her old job outside the entertainment industry and has never looked back since. Her boundless energy coupled with endless new ideas and enthusiasm for life enables her to multitask and inspire the people around her everywhere she goes. She is now married with four children and heads Kakiseni as well as her own group of entertainment companies.

Kartini Kamalul Ariffin ended her accounting career and launched herself fully into the entertainment industry after winning 3R’s Host Search in 2002. Kartini’s leadership qualities, bubbly and confident personality propelled her to popularity as a host, emcee and radio deejay. She now oversees various TV projects as an Executive Producer in a production house and is also a part-time lecturer as well as a mom and wife.

Celina Khor studied Chemical Engineering but ended up being a 3R host in 2004. Her voluntary work in NGOs proved to be useful when she had to deal with the different issues in 3R. Celina and her spirit for adventure took her on many journeys in front of the camera as she is constantly trying new things out. In between TV work, Celina is now a successful entrepreneur, managing her own business. 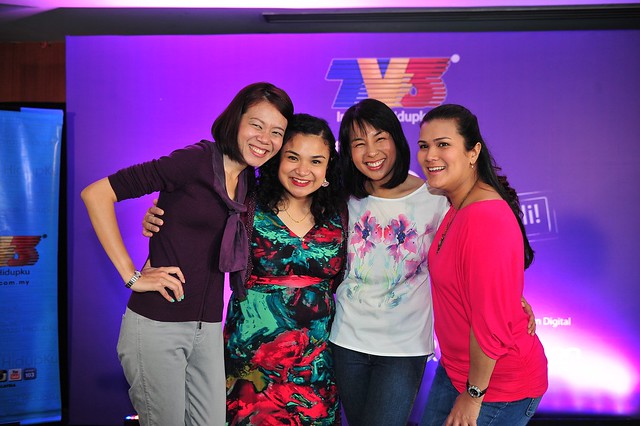