MTV, a unit of Viacom Inc. (NASDAQ: VIAB, VIA), announced today that the 2014 “Video Music Awards,” the loudest and at times, the most controversial, annual live celebration of music, is set to make its triumphant return to the west coast when it airs LIVE from the Forum, presented by Chase, in Inglewood, CA on Sunday, 24 August.

The show premieres in Asia on Monday, 25 August at 7pm (WIB), 8pm (SIN/HK) and 9pm (MAL). This year’s VMAs will have the distinction of being the first major award show to ever take place at the historic “Fabulous” Forum. Continuing on the success of last year’s #RoadToTheVMAs social media and communications campaign, today’s announcement was made with a creative video (see below for embed code) unveiling the location of this year’s show via MTV’s various social media platforms including Instagram, Twitter, Facebook, and Tumblr. 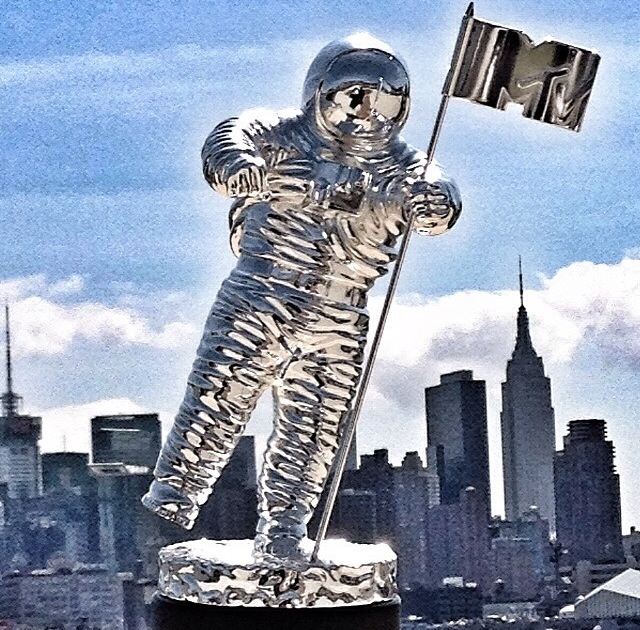 “I am thrilled to welcome the MTV Video Music Awards to the Forum in Inglewood. Since its reopening in January, the ‘Fabulous’ Forum has become the destination for music-lovers in Southern California. A truly historic location, and home to some of the greatest concerts and sporting events, the Forum is back, better than ever and ready to shine for decades more. We are truly excited to shine a spotlight on the reinvented Forum and our great city,” said James T. Butts, mayor, City of Inglewood.

“With its incomparable legacy as a world class music venue, the Forum is one of Southern California’s most iconic entertainment landmarks,” said Stephen Friedman, President of MTV. “The Forum has hosted some of the most legendary musical artists and performances ever seen and we can’t wait to add the 2014 Video Music Awards to this list and create the type of memorable moments that music fans will talk about for years to come.”

“We are thrilled to welcome the VMAs to the ‘Fabulous’ Forum for the first time,” said Sid Greenfeig, senior vice president, West Coast business operations, the Forum. “The VMAs are one of the year’s biggest celebrations of music and entertainment. What better place to showcase this international spectacle than the Forum – a venue known around the world as having hosted some of the biggest names in music and a venue that continues – with the recent completion of its reinvention – to deliver an unrivaled experience for both artists and music fans.”

The “Fabulous” Forum reopened in January 2014 following a comprehensive reinvention which has resulted in a world-class entertainment venue that bridges its iconic past with today’s state-of-the-art technology and amenities. The reinvention of the Forum has created the largest and most important indoor performance venue in the country designed with a focus on music and entertainment. New amenities include: a completely modernized arena bowl with superior acoustics; approximately 8,000 square feet of new event level hospitality offerings; lavish new VIP clubs; a 40,000 square foot outdoor terrace; and seven star-caliber dressing rooms as well as a return to the venue’s original exterior color – now officially known as “Forum red.” Since its re-opening in January, the Forum has hosted some of the biggest names in music and entertainment including a sold-out, six-night residency by the Eagles, Justin Timberlake, Imagine Dragons, Paul Simon & Sting and Kings of Leon.

Since opening in 1967, Forum was the home court for the Showtime Los Angeles Lakers NBA championship teams and has hosted some of the greatest musical performers of all time, including The Rolling Stones, Eagles, The Jackson 5, Bob Dylan, Led Zeppelin, Madonna, Van Halen, The Foo Fighters, Coldplay, Prince and many others.

Since the first “MTV Video Music Awards” aired in 1984, the VMAs instantly earned its reputation for delivering the most popular bands and artists to create the loudest, most influential and at times, the most controversial, annual live celebration of music in the world. No other award show has been responsible for creating more memorable or bigger musical moments in pop culture history than the MTV Video Music Awards. From Madonna, Michael Jackson, Guns N’ Roses and Nirvana to Britney Spears, Taylor Swift, Beyoncé, JAY Z, Kanye West and Miley Cyrus, an appearance on the VMA stage can forever change the trajectory of an artist’s career in one single night.

The 2013 “MTV Video Music Awards” delivered big, with the award show ranking as cable’s #1 entertainment telecast of the year among P12-34 at the time. The first-ever award show to be broadcast live from Brooklyn’s Barclays Center, the VMAs garnered a total audience of 10.1 million viewers, a 66 percent increase versus 2012, and the ratings jumped 47 percent compared to the previous year’s telecast, delivering a strong 7.8 P12-34 rating. The encore presentation of the show on MTV earned an additional 2.8 million total viewers, amounting to 12.9 million total viewers across both airings on MTV. Ratings for the 2013 “MTV Video Music Awards Pre-Show” increased 100 percent compared to the previous year with P12-34 and garnered a 3.6 rating among that demographic, and total viewers grew a whopping 119 percent with 4.6 million tuning in.* Additionally, the 2013 “MTV Video Music Awards” aired across MTV’s global network of more than 60 channels and enjoyeda double-digit ratings increase year over year in key international markets such as the UK, Australia, the Netherlands, Singapore, Spain, Argentina and more.

MTV is the world’s premier youth entertainment brand. With a global reach of more than a half-billion households, MTV is the cultural home of the millennial generation, music fans and artists, and a pioneer in creating innovative programming for young people. MTV reflects and creates pop culture with its award-winning content built around compelling storytelling, music discovery and activism across TV, online and mobile. Outside of the United States, MTV is part of Viacom International Media Networks, a division of Viacom Inc. (NYSE: VIA, VIA.B), one of the world’s leading creators of programming and content across all media platforms. For more information about MTV in Southeast Asia, visit www.mtvasia.com.

The Forum underwent a reinvention that has created a thriving venue for both artists and music fans. The Forum opened on January 15 as the largest indoor performance venue in the country designed with a focus on music and entertainment. Architecturally, the interior of the bowl has been completely modernized and features flexible seating, ranging from 17,500 seats to 7,000 seats, enabling the venue to attract a wide variety of events. In addition to completely refurbished concourses, fans will enjoy approximately 8,000 square feet of new event level hospitality offerings, including food and beverage, merchandise and bathrooms. A tinted glass wall separates this concession area from the arena; ensuring fans do not miss a moment of the performance. Additionally, the Forum delivers a one-of-a-kind experience for artists thanks to its superior acoustics, intimate ambiance and state-of-the-art facilities. The new Forum was designed with artists in mind and includes seven, star-caliber dressing rooms that feature upgraded amenities, providing an unparalleled experience for all entertainers and performers. For more information, please visit www.fabulousforum.com.