Pixar Animation Studios artist Kiki Poh made her way home to Malaysia to celebrate the upcoming release of Disney•Pixar’s Cars 3; she was part of the filmmaking team behind the movie. The film, which opens on 24th August, is the latest installment in the hugely popular Cars franchise. 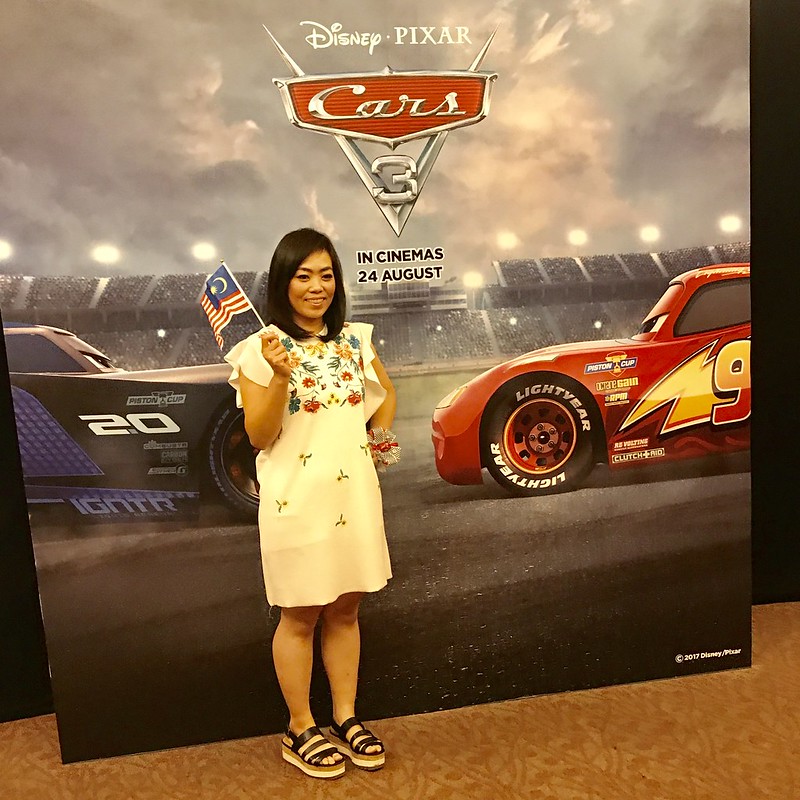 Born and raised in Johor Bahru, Kiki is the first Malaysian to be recruited by Pixar Animation Studios, located in Emeryville, California. Kiki started her career in Pixar as an intern in 2010 and has since worked on Toy Story 3, Monsters University, Inside Out and the latest release – Cars 3. Her role as shading and grooming technical director involves working on the surface texture and colors of the characters.

Kiki was warmly received by her fellow Malaysians at a Cars 3 retail event at Sunway Pyramid on 17th August, where she unveiled a life-sized Lightning McQueen replica, which is on display at the Blue Concourse of Sunway Pyramid till 3rd September. She was joined by her family and friends who were there to show their support. “Cars 3 is particularly close to heart, because my nephews are huge Lightning McQueen fans,” says Kiki. “To be able to come back home to share this movie with them is truly special to me.”

Kiki Poh with her nephews at the Cars 3 Sunway Pyramid Event
Kiki wrapped up her trip back to Malaysia with an animation workshop at The One Academy, where students got a chance to learn from her and gain more insights into character shading and grooming. Kiki also shared her animation career journey and answered questions from fervent students who were inspired by her and her work.

Kiki Poh and the students of The One Academy.

Lightning McQueen is back on the big screen, but he’s not a rookie anymore. Blindsided by a new generation of blazing-fast racers, the legendary Lightning McQueen (voice of Owen Wilson) is suddenly pushed out of the sport he loves. To get back in the game, he will need the help of an eager young race technician, Cruz Ramirez (voice of Cristela Alonzo), with her own plan to win, plus inspiration from the late Fabulous Hudson Hornet and a few unexpected turns. Proving that #95 isn’t through yet will test the heart of a champion on Piston Cup Racing’s biggest stage!