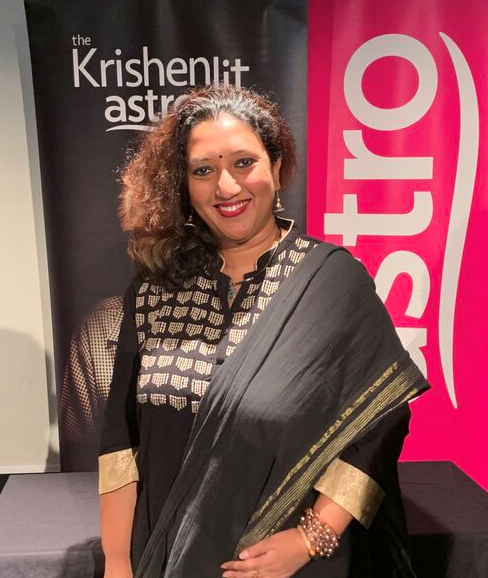 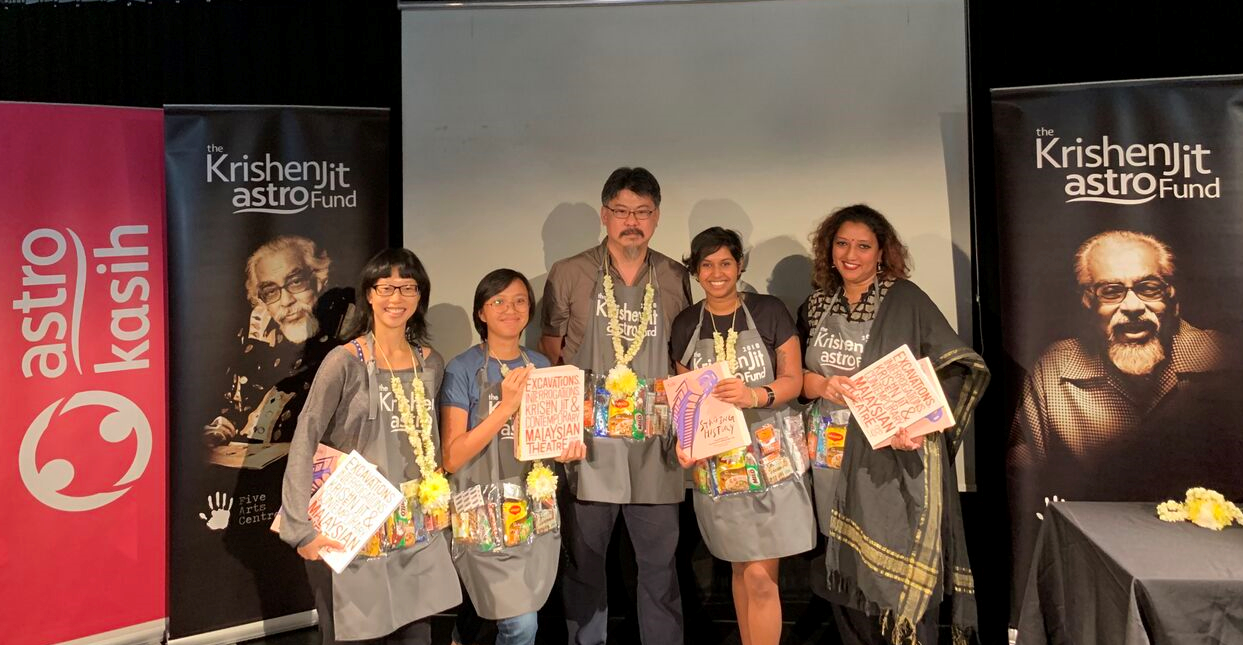 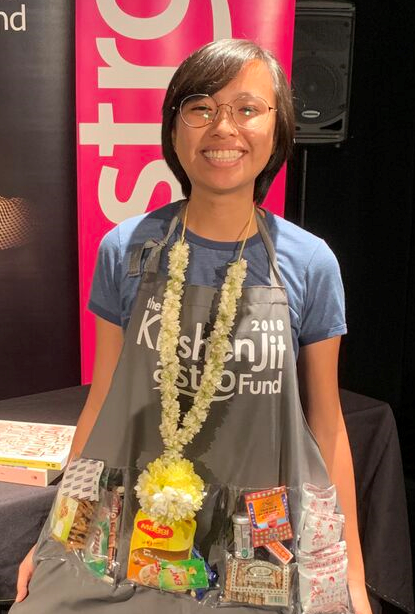 Wendi Sia began her journalistic days as an intern at BERNAMA TV and then found her footing in film and art through The Daily Seni. Soon after, she went on a 6-month backpacking journey across Indo-China to find her voice as a writer. Her question was, “Who am I in the saturated world of corporatism and consumerism?”

Back in Malaysia, she spent 2 dreadful years in creative agencies before finally finding the courage to pursue GERIMIS with Sebastian Heng. GERIMIS art exhibition project is a recipient of the 2018 INXO Arts Fund and 2018 Krishen Jit Astro Fund. 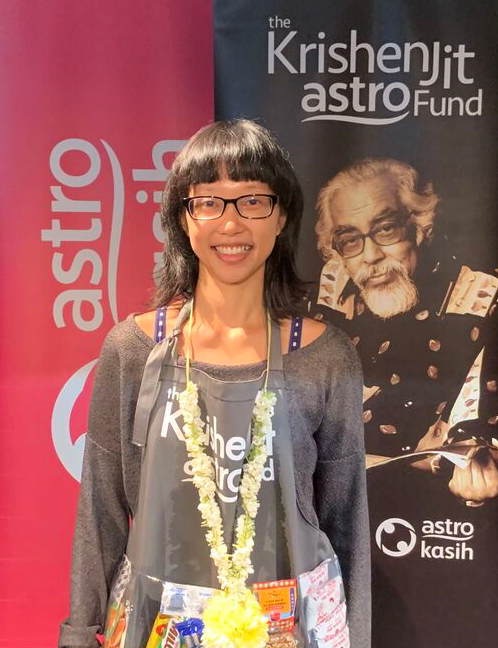 Lee Ren Xin’s growing interest with site-specific work stems from her curiosity about the gaps between people who live in vicinity, the fading relevance of geographical location with increasing non-places, the mythical position of the local/outsider in relation to migrant workers, and the societal choreography of differentiated bodies in relation to time and spaces. Prior, her work series B.E.D., supported by the Krishen Jit Astro Fund 2014, was presented in BO:M Festival (Seoul, 2015) and Festival/Tokyo 2016. She studied at Nanyang Academy of Fine Arts, Singapore and Purchase College (BFA, 2011), New York.

When Bells meet Buckets aims to tell the story of youth who struggle to break out of the urban poor stigma. The story will be delivered in form of Bharatanatyam, accompanied by bucket drums and acting.

Naaraayini Balasubramaniam is a co-founder at GoodKids, a social enterprise helping at-risk youth to build self-confidence using performing arts. She is a musician with a diploma in Music and Counselling Psychology. GoodKids has grown to support 7 beneficiary centres with more than 300 students impacted since the setup. Naaraayini started volunteering at a very young age with her father, a counsellor, at multiple orphanages in Penang and Kedah.

She has conducted talks for caregivers and teenagers. With a wide range of musical experience, namely Carnatic, Western and Hindustani music, she also conducts music appreciation lessons for mental health patients, geriatric patients and addiction rehab patients in Petaling Jaya. At present, Naaraayini plays the key role in operations and planning the direction of GoodKids. Besides training the students, she also manages the PR and social media of the organization. 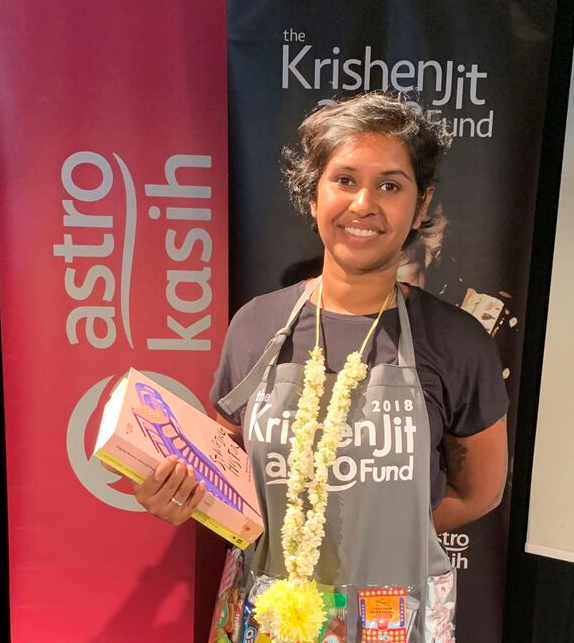 ANTIDOTE – Uncovering the Skin & Soul is a documentary which captures issues all women face, regardless of diversity, in their background, values, and ethics. 30 diverse women share intimate stories which are deciphered into art painted on their skin.

Thavarupani (Ruby) Subramaniam is a multi-disciplinary creative professional. She took a gamble and quit her award-winning career in marketing, to pursue her passion in arts in 2014. Since then, she has backpacked more than 60 cities around the world to find stories and inspiration for her art. The travelling provides her with insights to question culture and society, for an urban audience whom she creates the works for.

Her current project is a documentary film, ANTIDOTE: Uncovering Skin & Soul. She features 30 women discussing their relationship with their bodies. When she’s not producing art for herself, she teaches art for the community, and runs Art Battle Malaysia. 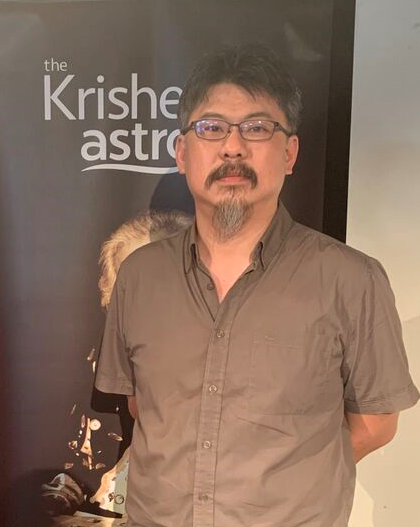 Bersih: The Inside Story is a book about the behind-the-scenes history of the Bersih movement.

Danny Lim is a writer and photographer mainly concentrating on socio-political issues. Formerly a journalist with The Sun and The Edge, he has since contributed to a wide range of local and international publications including the South China Morning Post and Esquire magazine, and has had his photographic works exhibited in four joint exhibitions. He is also a freelance local producer and fixer for international media organisations, working most frequently for the BBC, CNN and Al-Jazeera to help produce major news stories in Malaysia.

In 2006, the Fund received 80 applications. The 3 grantees were:
Au Sow Yee for The 4th Dimension: Mapping The Imaginary Cinema, a film installation and performance.
Sharon Chin for Sensors: Banned Books & Other Monsters, an interactive installation and exhibition.
Dr. Ray Langenbach – for Malaysian Performance Video Archives Project.

In 2008, the Fund received 47 applications. The 4 grantees were:
Carolyn Lau for The Light Show exhibition.
Chris Chong for the film Karaoke.
Fahmi Reza for the Projek Hari Hartal documentation project.
FINDARS collective for The Rain Project, a series of monthly experimental arts presentations.

In 2009, the Fund received 59 applications. The 5 grantees were:
Beverly Yong for a major book of essays on Malaysian art.
Fauzi Yusoff for Satu Hari, an audio-visual documentary.
Pentas Project for A Word in A Year, a collaborative theatre project.
KongHwee and Ying for a book of stories entitled Orang Asli Animal Tales.
Tan Nan See for an alternative solo exhibition entitled Artist Sojourn.

In 2011, the fund received 42 applications. The 5 grantees were:
Kok Siew Wai for KLEX 2011, the 2nd Kuala Lumpur Experimental Film and Video Festival.
Amanda Leonie for Video documentation of the cultural practices of villagers in Kg. Terian.
Christine Yun May Yong for the Rhythm In Bronze Collaboration Project.
Foo Fei Ling for If It Is Not Now, Then When? – a James Lee movie.
Lau Chee Shyong for Lagenda Melaka – an animatic movie.

In 2012, the fund received 38 applications. The 5 grantees were:
Margaret Bong for Weight of Salt, a documentation of the dying salt making culture of the Kelabit in Borneo.
Agnes Lee Agama for Community Filmmaking Workshops in indigenous and local communities.
Ng Chor Guan for New Music Series, a series of new experimental music.
Too Chee Hung (chi too) for FTW! (For The Wind)!, a series of contemporary art works made in response to the artist’s research into kite-making and flying.
Lim Li-Ling for Wayang, a photo and multimedia documentary of the Shio Kee Lin Hokkien Opera troupe.

In 2013, the fund received 39 applications. The 5 grantees were:
Faisal Mustaffa for the publication of a book entitled Malaysia Cinema in a Bottle: A Century (and a little bit more) of Wayang, written by Hassan Muthalib.
Mohd Afiq Arshad Yaakub for Tepuk Amai-Amai – The School Project by Revolution Stage
Jeffrey Lim for KANTA, experiencing the living form of photography.
Yeoh Seng Guan for LABORING FIGURES – Vignettes in the form of photographs and a video anthology of ordinary individuals at work, at home and at play as well as Articles in popular, semi-academic and academic publications.
Mun Kao for MALAYSIA, THE GAME, a new Malaysian Boardgame.

In 2014, the Fund received 33 applications. The 4 grantees were:
Lee Ren Xin for a dance performance with 14 mattresses that develops into an open-space series.
Au Sow Peng for The Mengkerang Project: Home and Elsewhere, three video installations on the idea of the idea of nation as a socially constructed community, imagined by people who perceive themselves as part of the group.
Aswara Dance Company for a contemporary dance performance entitled Pakyung Revisited.
Sharon Chin for In The Land That Never Was Dry, a series of graphic non-fiction stories about water in Malaysia.

In 2015, the Fund received 48 applications. The 7 grantees were:
Yeoh Lian Heng – Lostgen’s Contemporary Art Space for TransActions in the Field – Artists’ Residential Programme.
TerryandTheCuz for SK!N, a Contemporary Dance Performance on Human Trafficking.
Sharmini Ratnasingam – Rhythm in Bronze for Bites of Delights – Children’s Music Theatre.
Seng Soo Ming – Pitapat Theatre for An Enemy Of The People. At The Moment, a Theatre Performance.
Mohd Shahrul Mizad bin Ashari for Langkau, a Dance Theatre Collaboration.
Dhanendran Maheswaran for Say It Like You Mean It (SILYMI), a Mentorship Program.
Jun Ong for Gerai Tai Tai an Experimental Stall.

In 2016, the Fund received 45 applications. The 6 grantees were:
Harold Reagan Eswar for a documentary film from the point of view of a 12 year old, on the problems of her village.
Muhammad Zikri bin Abdul Rahman for LiteraCity – Literary mapping and exhibition.
Fasyali Fadzly bin Saipul Bahri for theatre research and performance on the folklore of migrant communities.
Sunitha Janamohanan and Janet Pillai for Workshops for Community Engaged Arts Practitioners in Malaysia.
Liew Kung Yu and Koe Gaik Cheng for The Little Door Festival for Young Audiences.
Manesh Nesaratnam for BUMI, a screenplay about a terminally ill, ethnic-Indian army officer, who in the last days of his life gets snubbed for a long-deserved medal.

In 2017, the Fund received 45 applications. The 5 grantees were:
Agnes Lee Agama for Eco Art Connects, an interactive art installation of about 10 art pieces and eco-sculptures.
Anrie Too and Kelvin Wong for The Emerging Directors Lab, a training progamme for young directors.
Christine May Yong for introducing a teaching and learning space for Kelantanese music and performance.
Lim Pei Ern for Nyanyian Bumi, a collective project with dancers to find the similarities in traditions songs, dances and rituals.