From the stage of The X Factor to opening for Cher Lloyd, Demi Lovato and Austin Mahone to headlining tours all around the world, the beautiful and incredibly talented girl group Fifth Harmony will be touring South East Asia for the very first time.

After leaving The X Factor, Fifth Harmony has gained rapid success with their debut single “Miss Movin’ On”, which was certified gold by the Recording Industry Association of America (RIAA). Its music video won the group the MTV Video Music Award for Artist to Watch. Their debut extended play (EP), Better Together (2013), had a first week position of number six on the US Billboard 200. The group released their debut studio album Reflection in 2015, debuting at number five on the Billboard 200 and receiving a gold certification from the RIAA. The album included the platinum singles “Boss”, “Sledgehammer” and “Worth It”. 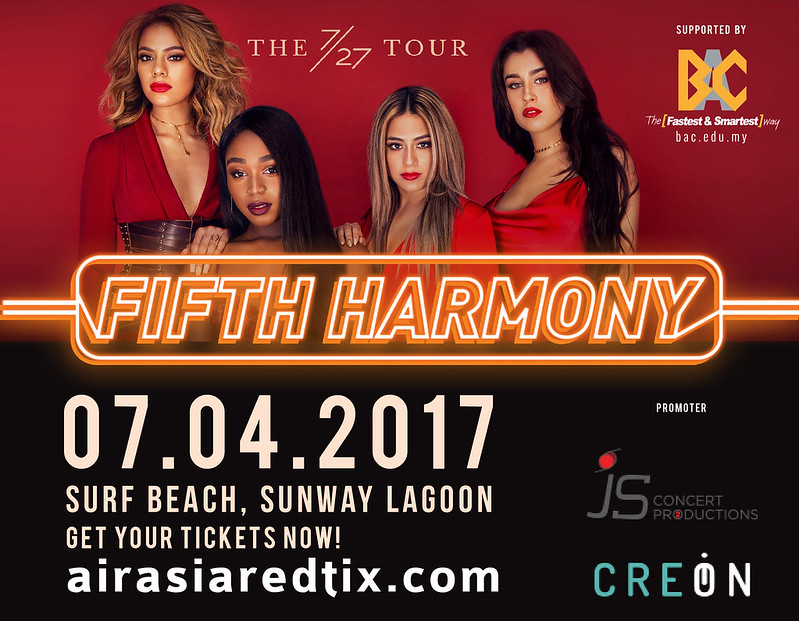 The latter achieved triple platinum certification in the United States and reached the top-ten in thirteen countries. “Work from Home”, the lead single from their second album 7/27 (2016), became the group’s first top-ten single on the US Billboard Hot 100 and the first top-five by a girl group in a decade on that chart.