New York, NY – Britney Spears’ next single from her highly anticipated seventh studio album, Femme Fatale is the upbeat, “Till The World Ends” (←click to listen). Produced by Dr. Luke and Max Martin, it’s the follow-up to the million plus-selling infectious first single, “Hold It Against Me,” which debuted in the No. 1 position on both the Hot 100 Singles and the Hot Digital Songs charts. “Hold It Against Me” (←click to view) ranked No. 1 on digital singles charts in 20 markets worldwide, and the video clip is currently the #1 video on MTV and VH-1 in the U.S. 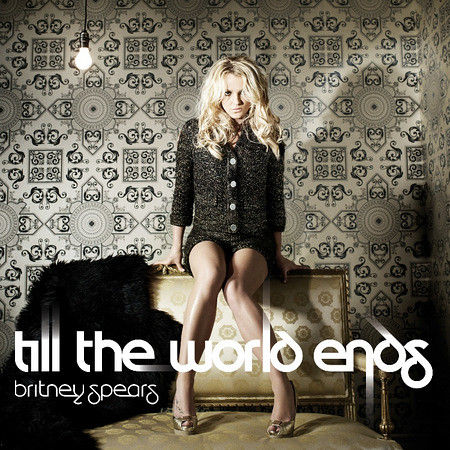 In her current V Magazine cover story, Spears says, “I think ‘Femme Fatale’ speaks for itself… I wanted to make a fierce dance record where each song makes you want to get up and move…”

Femme Fatale is in stores and available at digital retailers on March 29th.

Acknowledging today’s leak of her newest song, Britney just announced via twitter that she will formally premiere “Till The World Ends” on Ryan Seacrest’s show tomorrow morning, Friday, March 4th in the 7AM PST/10AM EST hour. Spears is confirmed to do a very special performance on Good Morning America from San Francisco, airing March 29th.

The Deluxe version of “Femme Fatale” will include four additional tracks: