Another AirAsia mission flight arrives at LCCT from Jeddah

KUALA LUMPUR, 8 FEBRUARY 2011 – AirAsia welcomed another flight from Jeddah today at 2.30pm with an Airbus A320 aircraft, making it nearly 3,000 Malaysians that has been ferried back successfully from Egypt by AirAsia.

Rising to the occasion to provide aide to Malaysians who are affected by the situation in Egypt, AirAsia has operated eight rescue flights from the Egyptian cities of Cairo and Alexandria to Jeddah in Saudi Arabia. There was also one rescue flight from Jeddah to Kuala Lumpur. These rescue flights have been operating since Feb 3 to today, led by Deputy Group CEO of AirAsia Berhad, Dato’ Kamarudin Meranun. 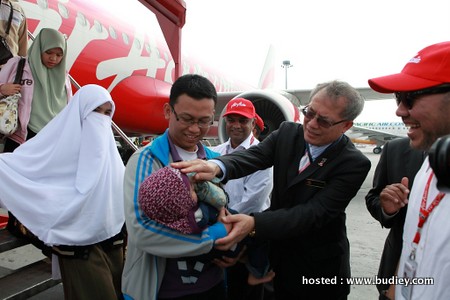 Dato’ Kamarudin Meranun said, “AirAsia is proud to be part of this rescue operation and is glad to see that family members of those affected by the situation in Egypt can now have peace of mind that their loved ones are back safely. We will continue to closely monitor the situation in Egypt to determine whether to mount more rescue flights.”

AirAsia has actively extended its services to help people and communities in need, especially those in the ASEAN region. It mounted rescue flights from Bangkok to Kuala Lumpur in November 2008 to help people stranded by the social unrest in Bangkok. It also mounted rescue flights between Padang and Jakarta in October 2009 to help those affected by the 7.6-magnitude earthquake that hit Sumatra island. 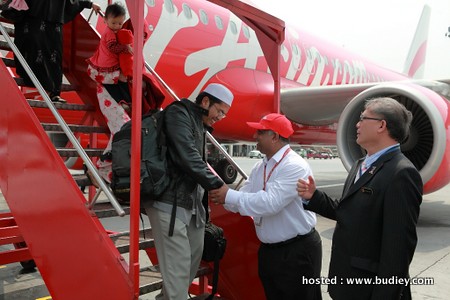