Both Alex Goh and Epsilon Kueen are now one step closer to realising their dreams after they were chosen as Grand Prize winners at the 2015 K-Pop World Festival in Malaysia! Both victors will now represent Malaysia at the Grand Finals in Changwon City, Korea. Alex, who mesmerised the crowd with his solid vocals when he sang Johan Kim’s ‘I want to fall in love’, triumphed in the vocal category while Epsilon Kueen, who danced their hearts out to BTS’ ‘Danger’. ‘Concept Trailer’ and ‘Attack on Bangtan’ and VIXX’s ‘Voodoo Doll’, won for the performance category. The festival, which took place on 14 June, 2015 at Sunway Giza, is a joint collaboration by Astro, KBS World, and the Embassy of the Republic of Korea in Malaysia. 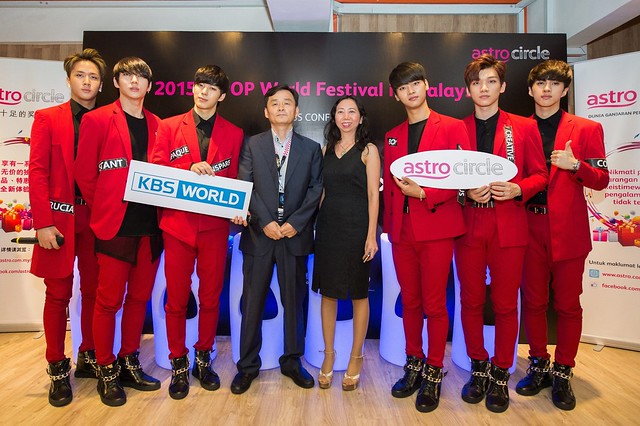 Besides both winners, the other top 10 finalists who battled it out at the festival included Fuxion Dance Crew, FXN, P.A.S, Double F, Variance, HIM, Villainess, Yiting Tan, Zetty Lee and DuoFrio. Fuxion Dance Crew walked away with the KBS World category award while HIM came out tops in the VIXX category award.

Kow Jee Ling, Vice President, Premium Business Segment, Astro said, “We are pleased to be collaborating with KBS World and the Embassy of the Republic of Korea in presenting the 2015 K-POP World Festival in Malaysia. The event certainly promises high entertainment value especially with the much anticipated appearance of VIXX who has quite a huge fan following here in Malaysia. Astro was the first in Malaysia to bring a dedicated Korean channel to fans with KBS World (CH 391) and HD (CH 392) which is available to all Astro customers. Today we are the only platform in Malaysia to have 3 major Korean broadcasters to satisfy most Korean fans with Same Day as Korea shows, drama, reality and variety programmes. We would also like to take this opportunity to thank KBS World, a great partnership who shares the same vision of providing the best of Korean content and viewing experience for our 3.4 mil audience, we also believe in providing live ground events like the 2015 K-Pop World Festival in Malaysia to our customers, one that goes beyond television screens.”

Fans of six-member South Korean boyband, VIXX were delighted to see their favourite idol group at the 2015 K-POP World Festival in Malaysia. Known for their powerful performances, VIXX entertained their fans with their hit songs ‘On and on’, ‘Light up the darkness’ and ‘Error’ besides assuming the role of judges for the Malaysian preliminary round of the 2015 K-POP World Festival.

The 2015 K-Pop World Festival is an annual global K-Pop competition organized by South Korea’s Ministry of Foreign Affairs and is now into its 5th year. Competition kicks-off with regional contests to be hosted by Korean embassies and cultural centers overseas. This year, the preliminary rounds will take place in 63 countries, including Malaysia. The winners of each national contest will then advance to the online qualifying round. After tallying the online votes plus the opinions from an expert panel of judges, about 15 teams will be selected to go to Korea for final round in Changwon.

Astro Circle, the loyalty arm of Astro, supported the 2015 K-POP World Festival in Malaysia by rewarding their loyal customers with money can’t buy experience to witness and enjoy the festival through redemption of the event tickets using their Astro Circle Points. Customers got the golden chance to cheer on the Malaysian finalists besides watching VIXX perform live. More information regarding Astro Circle and the Astro Circle Points can be found on Astro Circle’s website at www.astrocircle.com.my. 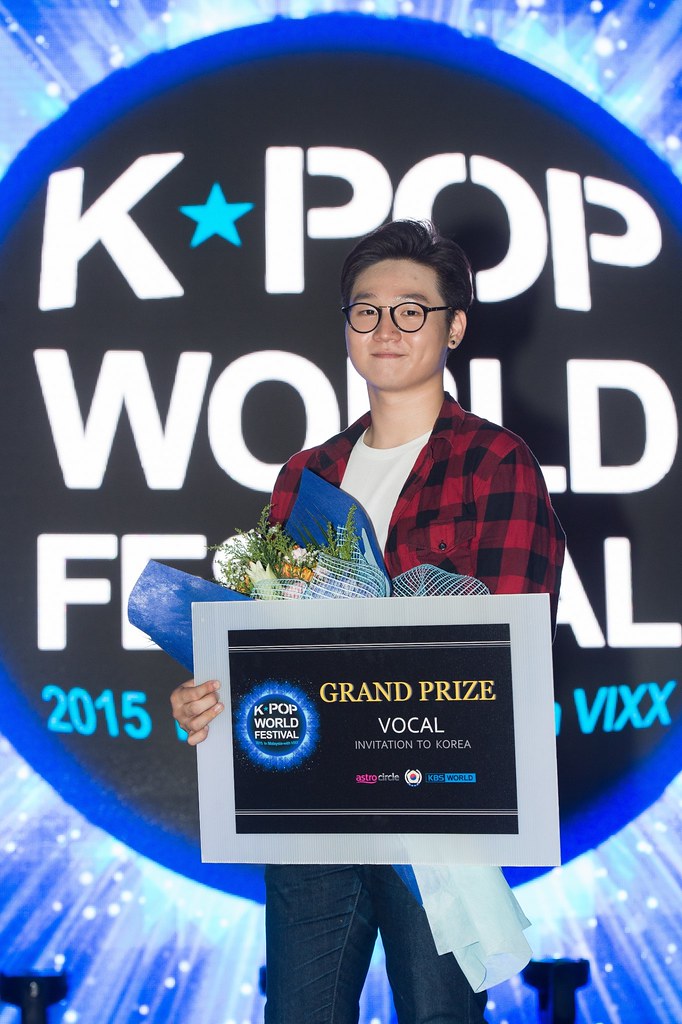 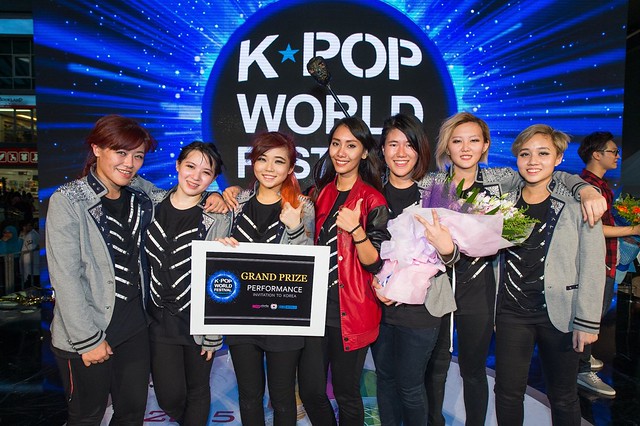 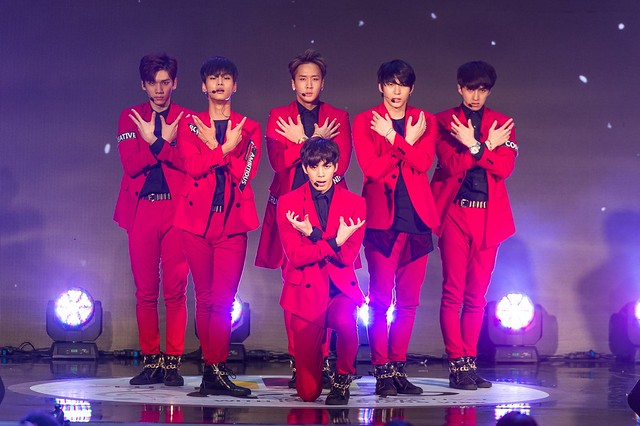 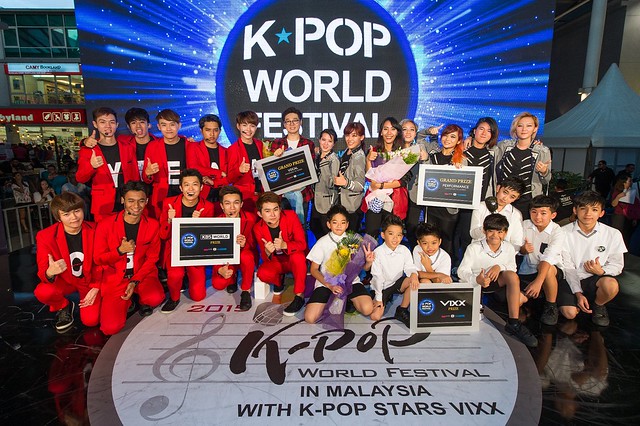 About Astro Malaysia Holdings Bhd
Astro Malaysia Holdings Berhad is a leading integrated consumer media entertainment group in Malaysia and Southeast Asia with operations in 4 key areas of business, namely Pay-TV, Radio, Publications and Digital Media. With a customer base of 4.4 million residential customers or approximately 63% penetration of Malaysian TV households, Astro offers 184 TV channels, including 50 HD channels, delivered via Direct-To-Home satellite TV, IPTV and OTT platforms. Astro provides HD, 3D, PVR, VOD and IPTV services through Astro B.yond and Astro on the Go. Fulfilling its promise to bridge the digital divide for all of Malaysia, Astro introduced NJOI as an entry-level DTH satellite TV service and is the country’s first non-subscription based satellite TV, offering 25 TV and 20 radio channels. Astro Radio includes Malaysia’s highest rated stations across key languages and is available on both terrestrial and digital channels, reaching approximately 12.9 million weekly listeners. Its digital arm is involved in digital publishing, applications and platforms as well as publication of entertainment and lifestyle magazines locally.

Astro holds the distinction of the ‘Gold’ award in the Media and Entertainment category at the Putra Brand Awards for 5 consecutive years from 2010 to 2014, including the ‘Brand of the Year’ award in 2012 and the ‘Brand Icon’ award in 2013.

Astro’s CSR projects have been recognised by the International Business Awards (IBAs) for the third consecutive year. Astro was named the winner of a Silver Stevie Award in the 2014 IBAs for the Corporate Social Responsibility Program of the Year (Asia, Australia and New Zealand) category for the ‘Astro Kasih Hostel and EkoVillage’ project. In 2013 and 2012, Astro’s ‘Beautiful Malaysia: Longest Underwater Clean Up’ project and ‘Astro Kasih Hostel’ project were awarded with a Silver Stevie® Award respectively.
These awards are in recognition of Astro’s efforts to exemplify innovation, quality and strong corporate responsibilities.

* About KBS World
KBS World is a 24-hour family entertainment channel provided by KBS, the flagship public service broadcaster in Korea. Currently available in 100 countries with 100% original programming by KBS, the channel broadcasts in Korean language along with multilingual subtitles. www.kbsworld.co.kr